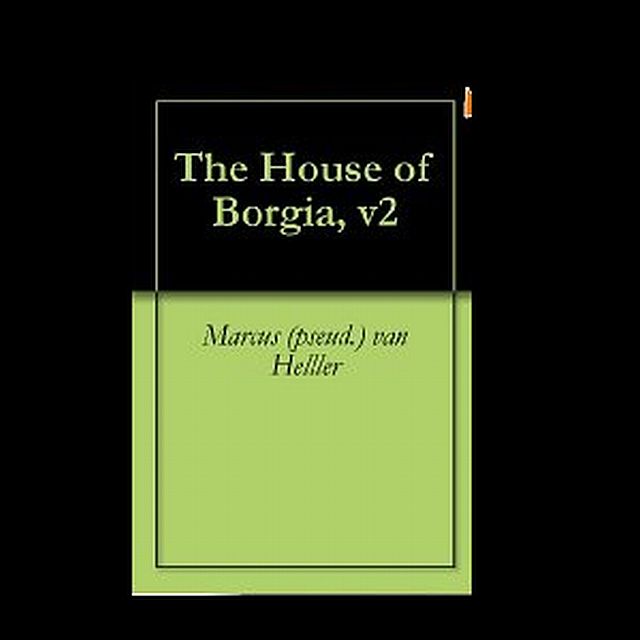 Cesare Borgia sat still and straight on his horse smiling wryly. Across the green plains of Romagna which surrounded the river Po, the city of Imola was humped behind its great, protecting wall. A siege would have meant a long delay in his campaign, possibly into winter. But Imola, like all the other towns he had taken since Louis had gone back to France after the fall of Milan, was coming over to him without pressure of arms.

He watched his lieutenant, Ramiro de Lorqua, in earnest conversation with the little delegation from the city. They had met to parley in a little group some several hundred yards in advance of Cesare's army which stretched in an ominously broad arc across the great valley. Away to the south the Etruscan Apennines shimmered and misted in the blue haze of summer. The weather was as satisfying as the campaign.

It was with the psychological cunning which Machiavelli was to take as example for his book, II Principe, that the Duke of Valentinois had contrived to triumph so easily everywhere he went. Romagna was, in fact, noted for its tyrants and it was merely habit and tradition which had brought citizens loyally around their despotic leaders in times of crisis. With the capture of his first city, Cesare had pardoned all the citizens who had fought against him and had forbidden his men to indulge in the usual postcapture assuaging of their lusts. There had been no pillage, no killing, no rape, no disorder. This he had enforced with the severity for which, when occasion demanded it, he was notorious.

The effect had been miraculous. Word had been allowed to spread of the good treatment received by the beaten populaces and, as if Cesare possessed some new and irresistible weapon, the common folk of all the cities in his path had denounced their tyrannical lords and flung open their fortresses to the Pope's son.

In front of the great army, Ramiro de Lorqua and his subordinates reined round their horses and sped back across the intervening space toward their chief. The councillors of Imola remained in a motionless group?a helpless, hopeful band almost surrounded by the mass of Borgian troops.

De Lorqua reined in beside the Duke. A grim smile of triumph flickered across his normally austere visage.

“The gates are open, Sire,” he said quietly. “Imola is ours. They will lead us across the moat into the city.”

He spurred his mount forward and the great army came to slow life behind him, following patiently in his wake.

“If it please God, no soldier of mine shall have to raise his right arm to fight again. He will be received like a visiting monarch and have to find his exercise in the brothels.”