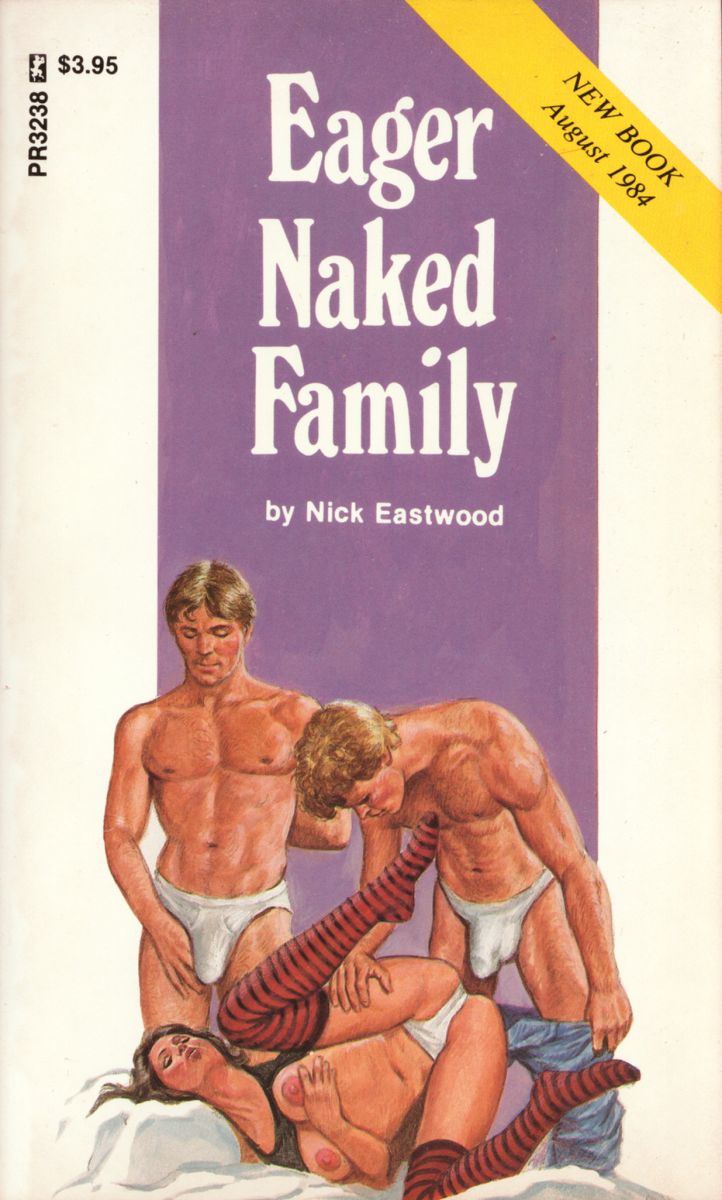 On a hot June day Terry Dawson lay naked on her bed. She was tossing and turning restlessly, but not from the heat. Home for summer vacation, the attractive coed wondered how she could survive three long months without sex.

Her family didn't know it, but Terry wasn't a virgin any more. Her first year of college had changed her in a lot of ways. She had a steady boyfriend named Duane, and they fucked like bunnies. Thinking about Duane right now, Terry moaned with frustration. She needed Duane and his big hard cock.

The slim brunette idly fondled her apple-sized tits, stroking the strawberry-colored nipples till they went erect and tingling. She just loved it when Duane played with her tits. But it would be September before she saw him again, and if she wanted her tits fondled, she'd have to do it herself.

"Duane, dammit," Terry murmured, "I wish you were here."

She slid a hand down over her flat firm belly and over the soft fur of her little bush. Her mound was pouting and swollen, engorged with need. Shivering, she parted her legs and slid her fingers into the scorching moist flesh of her cunt. Just the slightest touch felt heavenly down there.

Unable to help herself, Terry began to rub her swollen pussy. She had to get some relief for her burning lust. She'd been home only a week, and already she was climbing the walls. She felt if she didn't get laid pretty soon, she'd go crazy. But there wasn't much prospect of her finding a guy to make out with.

It was a very small town, and everybody minded everybody else's business. If Terry even flirted with a guy, her parents would know about it as fast as some busybody could get to the phone. And her folks definitely didn't approve of her having sex. She could date, sure, but only in the family living room with her parents present to see that there wasn't any hanky-panky.

It was incredibly old-fashioned, but that was how her parents were, and she knew she couldn't change them. There was no way she was going to do any fucking this summer. But it just killed her to think of a whole summer without sex. She'd at least have to play with herself, just like she used to do before she went away to college and met Duane. Playing with herself was sure a lot better than nothing.

Stroking her fever-hot pussy, Terry smiled as she recalled the first time she masturbated. She'd been lying in bed one night thinking about this guy at school who really turned her on and fantasizing that they were out on a date together. She kissed her pillow, pretending it was him, and then she slid her hand up under her nightie, imagining it was his hand.

At that time Terry wasn't allowed to date at all, and she had no idea what a guy did when a girl was alone with one. But from all the warnings her mother had given her, she figured they'd try to do something naughty. Mom had warned her especially not to let a boy touch her below the waist or inside her clothes, so Terry concluded that boys were always trying for that.