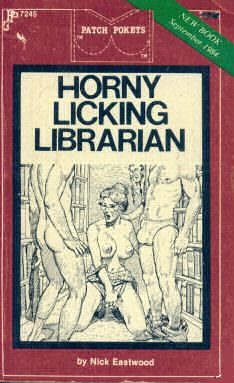 She'd never had this problem before. Polly had always been so wrapped up in her career that she'd never had time for men and sex. Then, at twenty-eight, she'd decided to treat herself to her first real vacation, a Caribbean cruise. And on the cruise she'd gone to bed with a man for the very first time. Just a few love-making sessions with Mark Wells, and she was hooked on sex.

That had been several weeks ago, but Polly couldn't get it out of her mind. At the end of the cruise, she and Mark had gone their separate ways. They weren't in love, and they both knew it. But Polly missed him anyway. At least she missed his big hard cock. She was creaming right through her panties as she thought about it.

"Miss Prentiss? Can I talk to you for a second?" asked her assistant, Jeffrey Taylor.

She wanted to be in bed with a man, feeling a stiff cock working deep and hard in her hungry pussy hole.

If only she could get her mind off sex! The urge to be fucked was driving her crazy, but there was just no way she was going to get laid and conservative, and sex was a taboo subject among both staff and students. Everybody acted like it was a convent or a monastery.

After helping Jeffrey, Polly retreated to her desk and tried to concentrate on some paper work, but it was a no go. All she could think about was the fiery ache in her pussy, her desperate need for a man. Helplessly she let her mind drift back to her first meeting with Mark Wells on the cruise ship. It had been lust at first sight for both of them.

Mark was a very good-looking guy, which was why Polly had noticed him.

Previously she'd been indifferent to men, caught up in her career.