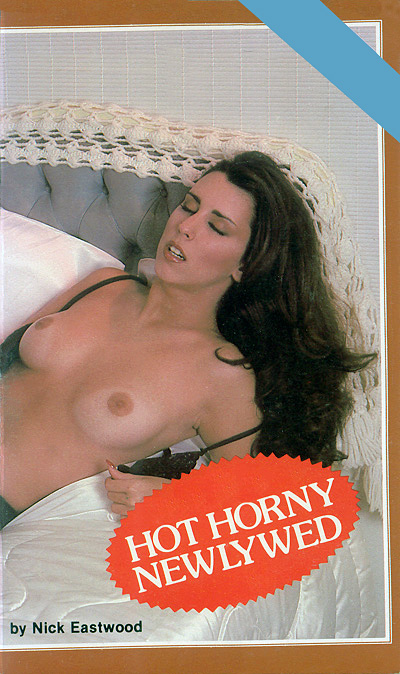 For twenty-one years Monica Harrison had been a virgin. Now that was about to change, and she just hoped the reward was worth the wait. She checked her appearance one more time in the bathroom mirror before going to join her new husband Mark.

She liked what she saw, and she was sure Mark would like it, too. She saw a tall young woman with long gleaming brown hair, pretty features, and a fantastic body. Not for the first time she thanked all her ancestors for her good heredity. She was slim, sleek, and firm, yet curvy in all the right places. Her large melon-shaped tits thrust out firmly without a bra.

Monica wasn't wearing much at all, just a see-through filmy white nightie with matching bikini panties. And she figured she wouldn't be wearing those very long, either. Mark could hardly wait to get her naked in his bed. She'd been holding out on him ever since they met six months ago. But now the big moment had come, and he couldn't have been more eager than his new bride was. Twenty-one years was a long time to remain a virgin.

Most of Monica's friends had lost their cherries in high school, but she'd been determined to hold out till she got married. That had been pretty difficult when she met Mark, a handsome and successful businessman. Mark had turned her on so powerfully that she'd wanted to hop right into his bed and offer him whatever he wanted. It had taken all her will power to wait till her wedding night.

Now she couldn't wait any longer. She walked out of the bathroom and into the spacious bedroom of Mark's apartment, her new home. Mark was lounging on the bed, sipping a drink and wearing only a short robe. His eyes lit up at the sight of her, and Monica reddened a little. She knew he could see through her nightie. Her large cone-shaped nipples were very evident.

She kept walking towards the king-size bed, her knees feeling a little rubbery by now. She was eager to give herself completely to the man she loved, eager to know what sex was all about, but of course she was nervous, too. After all, it would be the very first time she'd gone all the way with a man. She didn't know quite what to do. She slid onto the bed and was relieved when Mark made the first move.

He pulled her against him for a deep, steamy, tongue-kiss, and she felt her belly doing lusty flip-flops. Mark had had that effect on her the moment they met. She'd never forget the first time she saw him. She'd been a secretary-trainee, delivering some papers to his office, and when he appeared she'd just stood there like an idiot, her mouth hanging open, her pussy starting to heat and cream.

She felt the same way right now, totally helpless to control her lust when she was around this man. Her virgin cunt mouth spurted molten cream, soaking her bikini panties.

Mark pressed hard against her, and she could feel his stiff cock poking her belly. She gave another lusty shiver. She'd briefly touched a few cocks, but she'd never really examined or played with one.