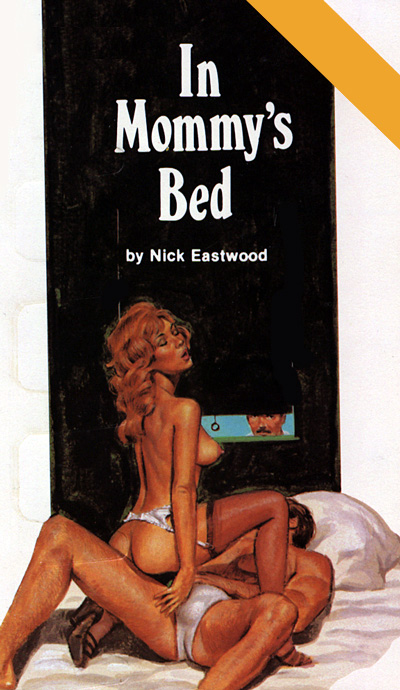 Brenda Brown was hurrying from the bathroom to her bedroom, wearing nothing but a hastily draped towel, when she almost collided with her teenage son Mark. "Oh, Mark, honey," she cried, "sorry, I'm in such a hurry. Remember to lock the door when you leave, okay?"

"Okay, Mom," Mark replied as she scooted past him and darted into the master bedroom.

Mark was all ready to leave for a date on that warm Friday night in July, but he lingered outside his mother's half-open door, listening to her hum to herself as she dressed. Brenda was so pretty and sexy, he thought. He just couldn't resist taking an illicit peek at her. Quietly he stuck his head into the room.

Brenda had her back to him and was just dropping her bath towel. Mark had never seen his mother naked before, and his eyes got huge as he studied her tall sleek body, tiny waist, and perfectly-shaped little ass. Her long dark hair was still wet from the shower, and she began to comb it out, still humming to herself. Mark felt his cock starting to stiffen.

"Shit," he muttered under his breath.

He couldn't very well show up for his date with a hard-on, yet he wanted to go on looking at his beautiful mother. She had such a fantastic body, slender yet with big melon-shaped breasts. Mark hoped she'd turn around so he could see her naked tits. On the other hand, if she turned, she'd see him. He'd better find a safer way to spy on her.

As quietly as he could, he inched the door closed, then dropped to his knees and looked through the keyhole. That was more like it. Brenda would have no idea he was watching her. And just as he got settled at his spying post, she turned. His cock went stiff asa board as he ogled her fantastic big tits and little dark bush.