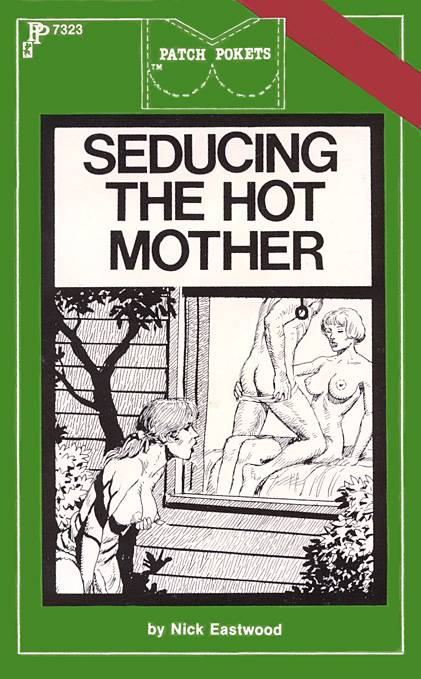 Dee Anderson switched off the TV and sighed. It was one of those nights. Nothing on television interested her, she'd read every magazine in the house, and it was too early to go to bed. Such nights were all too frequent lately.

She couldn't help thinking how quickly and pleasantly the time would pass if she had a man. She shivered with need as she thought about it. It had been so long since any man had touched her, far too long since a man had relieved her pent-up lust. But she quickly dismissed the whole idea.

There was no room in her life for a man. The pretty blonde divorcee had to work all day to support herself and her teenaged son, Jay. She didn't have time to pamper a boyfriend and she knew Jay would resent a stepfather. It would have to be just the two of them, at least till Jay graduated from high school.

Well, then, maybe Jay could help her pass the time. She decided to go see if he needed any help with his homework or if he wanted to play Monopoly. But as she started down the hall, she saw that there was no light coming from under his bedroom door. She was puzzled. It definitely wasn't like Jay to go to sleep at only eight-thirty. Usually she had to fight him to get him to turn off the lights at midnight.

She opened the door quietly. The room was empty, the window slightly open. Dee hurried over to the window, just in time to see Jay sneaking away through the back yard. He entered the garage and then let his car roll out silently. He started pushing it down the alley. Dee raced for her car keys.

Jay was sneaking out, and she wanted to know why and where he was going. If he was up to no good, she'd better find out about it.

Jay had always been a good student, but he'd been restless and preoccupied lately. There was a mystery here, and Dee intended to get to the bottom of it.

By the time she got out to her car, Jay had rolled his car to the end of the alley and had started the engine. She began to follow him. He drove all the way across town, the medium-sized mid-Western town they'd always lived in. He parked in front of a modest brick house, went up to it and rang the doorbell. Dee parked across the street and cut her lights.

She gasped aloud when she saw who answered the door. It was her ex-husband Rick, Jay's father, who'd abandoned the two of them years earlier.

"You bastard," Dee muttered, "what are you doing with my boy?"