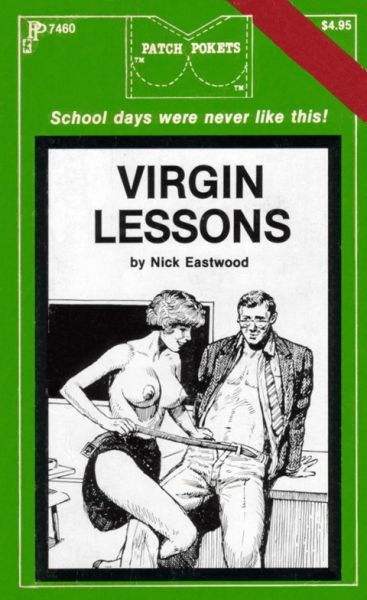 Shari Stevens was totally absorbed in the movie when she felt her boyfriend's hand creeping up her leg.

"Mike, you stop that!" she hissed.

Mike took his hand off her leg and gave another loud sigh. Shari didn't feel a bit sorry for him. Some of their friends at school said Mike was pussy-whipped, but in Shari's opinion it was his own damned fault.

She'd told him right at the beginning, when they first started dating, that she was saving her virginity for marriage.

Mike knew the score, but he kept trying to get to her. The other kids teased him about that. It must have seemed pretty funny to them. Petite brunette Shari couldn't have fought off a big blond hunk like Mike, yet he never got to first base with her.

Well, let them laugh. Shari had her principles, and she meant to stick to them. She turned her attention back to the movie. It wasn't long before Mike started leaning against her, rubbing legs and shoulders. Shari seethed with annoyance.

"Mike," she whispered, "you're gonna have to stop that, or I'm walking out!"

He moved away. Shari snuck a glance at him and wondered, not for the first time, if she was crazy. He was such a cute guy, and he had a fantastic body. Mike was captain of the football team, and there were plenty of girls who'd have done anything to go out with him.