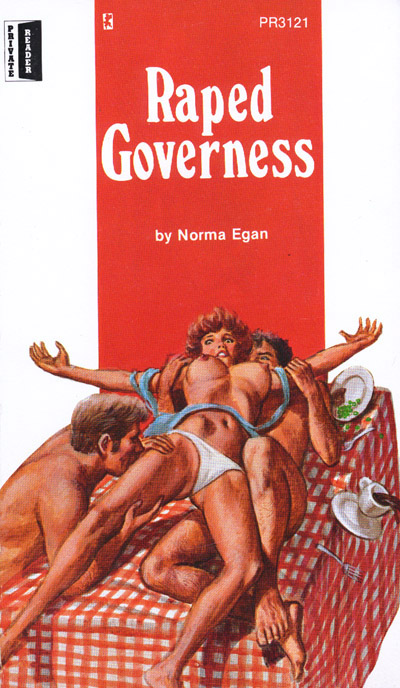 "Boys?" Miss Winters snapped. "All boys? You didn't tell me that when I applied for this job as governess."

"It must have slipped my mind," Mrs. Taylor replied. "We have three teenage boys, yes. I hope that doesn't make any difference to you, Miss Winters."

"I'm afraid it does," Dora said coldly. "I prefer not to work with boys."

Mrs. Taylor looked worried. "Oh, dear," she said, "I hope you won't back out now. My husband and I planned to leave for Europe tomorrow morning. We need you."

Dora sighed. "I signed up for a six-week trial, and I'll stick to my word," she said. "But meanwhile you'd better be looking for another governess, since I intend to leave as soon as the six weeks are up."

"Of course," Mrs. Taylor smiled, "I'll start looking as soon as we get back from Europe. And now perhaps you'd like to meet my boys."

Dora Winters didn't like it at all. She feared and disliked all men, even young boys. Men, she believed, were brutish animals with only one thing on their minds – sex. And sex was such a filthy and embarrassing topic that Dora couldn't bear to discuss it. But she was stuck with this job, and she'd just have to do her best till she could get out of it.

"Boys," Mrs. Taylor was calling, "boys, come to the living room and meet your new governess."

Three exceptionally handsome blond, boys entered the room and were introduced as Donny, Teddy and Bobby Taylor. The three brothers were tall for their ages, nicely built, and perfectly polite. Still Dora shuddered at the prospect of being alone with them while their parents were in Europe. She didn't trust any man, no matter how young.