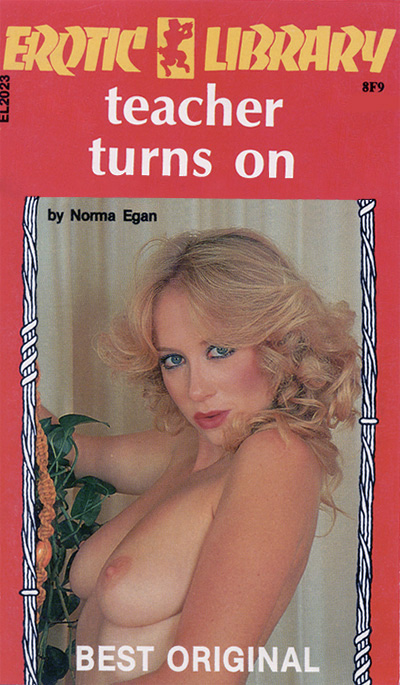 Jane White, an attractive and soft spoken brunette, turned shyly to her fiance and said, "Don, darling, take me to bed. Please, right now." Don Davis gawked at her. They'd been spending a quiet evening in Jane's home, sipping drinks, watching television, when suddenly, this. "What did you say, Jane?" he asked.

"Take me to bed," she repeated urgently. "Make love to me, Don."

Don just stared for a long moment as if he couldn't believe his ears. Then he said, "But darling, don't you want to wait till we're married?"

She was thirty-five years old, not getting any younger, and she'd hardly even been kissed before she met Don. She was dying to know what sex was like, but the wedding was six months away. Even more, she wanted to know what Don was like in bed. For the past few weeks she'd been worrying about it, wondering if Don was really man enough to please her.

It wasn't that she didn't love him. The moment she met Don, a fellow teacher at Oakdale High School, she'd known he was the man she'd been waiting for all those years. She'd never married because she was choosy, wanting a husband who thought like she did, who shared her beliefs. But there was something not quite right about their relationship. Don had never once tried to take her to bed.

Jane had been pursued by other men, and though she'd saved her virginity for the right one, she knew that a normal man would at least try to get her into bed. Don didn't try. He seemed content to wait months and months till they were legally married. The most she ever got out of him was hugs and friendly kisses.

Jane had had enough. She had to know if her fiance was really a man in the fullest sense of the word.

Don, an attractive but mild-mannered man of forty, looked like an athlete turned professor. His tall body was lean and hard-muscled, his face tan and healthy, but his horn-rimmed glasses and modest suits gave him a meek and harmless appearance. Jane had been longing to see him with his clothes off. She sensed that his strong hard body would turn her on like crazy.