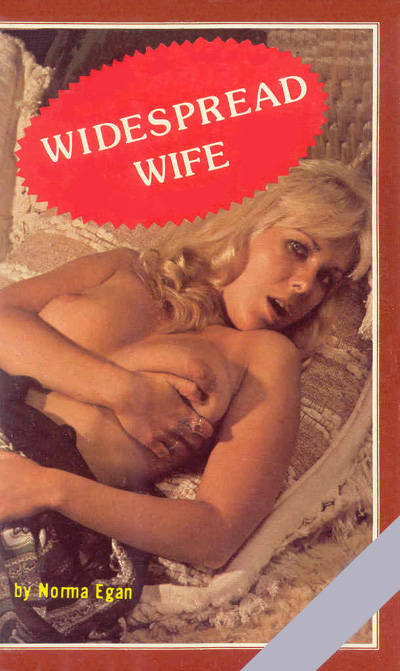 Judy Baker was stretched out lazily on the couch with her head in her husband's lap. Her husband, Tom, was watching television. Judy was watching Tom's cock. She found it a lot more interesting than TV, especially when the program was an interminable football game in which neither side scored. Along about the beginning of the second quarter, Judy had unzipped Tom's fly and turned her attention to something far more thrilling than football.

Tom had only grunted when she opened his pants and gently drew out the sleepy white worm of his prick. His attention was riveted to the screen. Judy hoped to be able to change that. She laid his limp warm meat tenderly on her upturned palm and began to pet it, her warm smooth fingers running eagerly back, and forth, back and forth, over the silky soft flesh of his dick. Her breath was hot and moist on his naked skin.

Judy stared up at him. He was perfectly serious. He'd rather have a Goddamned beer than have his cock played with. She shook her head wonderingly as she went to the kitchen and opened a beer for him. They'd only been married two years. Apparently the excitement had already worn off for Tom. But Judy was as turned on by him as ever.

"Here you go, lover," she said as she handed him a cold bottle of beer. She gave him her sexiest expression, but Tom just grunted his thanks, grabbed the beer, and stared at the screen. With a sigh Judy lay down again and rested her head in his lap, eyeing his pale cock with secret longing. It was just as limp as she'd left it.

"Jesus Christ, will you look at that guy go!" Tom yelled excitedly.

Judy turned her head and squinted at the TV screen. Some guy was racing for a touchdown, but he got tackled on the ten-yard line. She turned away with a yawn. She failed to see what was so thrilling about a bunch of overweight jocks running into each other and hurling a ball around. She and Tom could have been having a lot more fun in the bedroom, if only he'd realize it.

"Shit," Tom muttered, "I thought he was going to score."