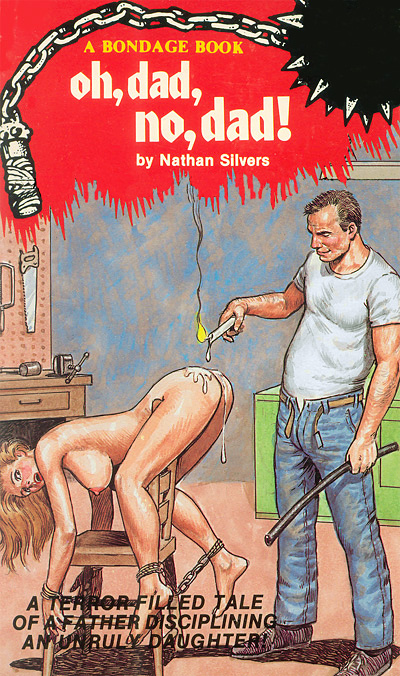 Kathleen Williamson pulled her car into the driveway of her father's new house and sat there for a moment, feeling very sulky. She tossed her dark hair back from her face and wondered why she'd come. She hadn't seen her father in five years, and didn't really want to. She was sure he'd been responsible for the breakup of her parents' marriage. He'd walked out, and now he was married to this Stacey woman.

Kathleen looked in the mirror to make sure her makeup was correct.

She opened the car door and climbed out, picking up her overnight case. She supposed she had to see him, because she needed the money for college so badly. He should give it to her anyway, he owed it to her.

Her suspicions were more than confirmed when the door opened.

"Hi," a woman said pleasantly. "I'm Stacey. You must be Kathleen."

"Yes," Kathleen said, and walked in.

Stacey was a blonde, sluttish to the limit, that was clear. She had a stunning, hard, seductive face, mascara-rimmed eyes, a straight nose and wide, sensual lips. Her blonde hair flowed around her face and was obviously bleached, though not that much, and the faint hint of dark roots showed. Her vivid red lipstick and high cheekbones hinted at some kind of depravity, Kathleen was certain.

Kathleen's own face was just as beautiful, if not more so, under her dark hair, but Kathleen didn't advertise the fact. True, her hair was done in ringlets that showed her features off to the best, but her makeup was light, merely picking out her best points, her wide mouth, dark eyes and strong jawline.

Stacey's body was shown off absolutely brazenly. She wore a semi-transparent top that clearly showed her bra underneath, and her jeans were very tight, clinging to her like a second skin. Stacey's tits were just a little larger than Kathleen's, or so Kathleen judged, not that she made a habit of such things, she assured herself. Stacey's waistline was slim, and her swelling ass was tight and luscious. Her legs were not as long as Kathleen's, but were still shaped in delicious curves that showed clearly through her jeans.

"You must have had a long drive," Stacey said, ushering Kathleen into the main room. "Would you like to have a shower and relax? Giles won't be back for a couple of hours."