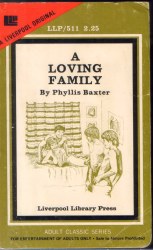 Jean Stevenson sat sipping champagne in the lounge aboard the luxurious private Lear jet that was speeding her over the ocean towards home. Home after three long years in South America three years of separation from her son… three years away from all that was safe and familiar… three years that had changed the course of her life.

Jean's thoughts were interrupted by the approach of her new husband who had moved from behind to kiss her openly on the mouth. She was surprised, slightly embarrassed, but pleased by Tom's open display of affection. It was a part of his nature that she still wasn't quite used to, this unashamed, uninhibited approach to the more intimate aspects of marriage. Still, it was only consistent with the radical difference between Tom and Dan, his brother and her first husband, who had been so cruelly taken from her only five months ago.

Jean had been completely devastated by her husband's sudden tragic death. In retrospect, it seemed almost predetermined that Tom should be there by her side when she received the horrible news. Dan had been piloting the company plane through the narrow pass at La Paz, Bolivia when a sudden control failure caused the fatal crash into the side of the mountain. Tom had taken care of everything, saving her from total disaster, and Jean was glad to be able to leave it all in his capable hands.

Although brothers, Tom and Dan Stevenson were at opposite ends of the spectrum of human nature, both physically and mentally, yet complimenting each other in every way. Dan had been the quiet, introspective type, while Tom was the outgoing extrovert. They were a natural team and as business partners worked together well enough to build a phenomenally successful copper import business in Bolivia in the space of three years. Dan had done most of the groundwork and operated behind the scenes, while Tom had secured the financial backing and handled sales.

The trip back to America in the private company plane was really something, she thought. And to think that when Tom, her new husband, had first proposed the idea of flying back home in the luxury of a private jet, she had been reluctant. The idea frightened her, after the terrible crash in which her husband was killed, but Tom had convinced her that she had to face up to the fact that what had happened was in the past and must be forgotten. He had been right. She felt warm and secure now, and blissfully happy with Tom by her side.

The dark-haired mother was anxious to see her son. After three years, she felt as though she could hardly wait another moment for the long awaited reunion. She was ready now, after the turmoil and confusion of the last few months, to face him, to be with him and to begin their whole new life.

What a glorious ending to what could have been a sorry tale, she reflected as she rather shyly returned her husband's kiss. There were only two other passengers aboard the private jet, an older couple, plus the crew, but Jean was not used to revealing her arousal to others. Still, she admitted with an inward smile, she had been in a constant state of arousal almost since the first time she and Tom had made love!

It was as though a whole new world, a world of sensuality, had been opened to her. In spite of her mild state of embarrassment, Jean felt herself getting turned on. "Tom! Please!" she said in a loud whisper, although the feel of his hand slipping beneath her tight fitting sweater secretly pleased her.

"Why not!" he said loudly. "We're married and I love you. I can feel your tits if I want to!" The couple sitting behind them looked up from their game of gin rummy to smile knowingly. Tom grinned wickedly when he saw that Jean was blushing, and to show off slid his hand up and let it rest on the full mound of her breast.

"You silly…" she gasped, giggling. "Must you advertise the fact that we're newly-weds! Mr. and Mrs. Lawson can see!"