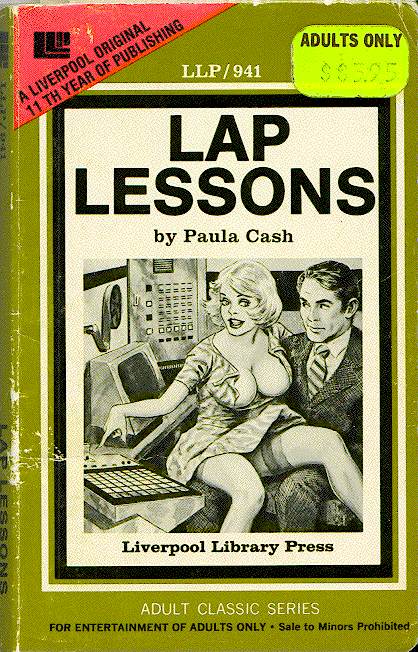 The girl stood straight as an arrow and trembling before the Personnel Director of the large corporation in his luxurious private office. Slowly he unbuttoned her blouse while her soft, weak mouth quivered, and tears formed in her eyes.

"I didn't expect this," she quavered.

He threw her blouse back over smooth, young shoulders.

"What did you expect? This is New York, not the middle of Iowa. A dozen girls want this job in Personnel. Some are better looking than you."

He didn't tell her that none exuded the sexuality of this girl. She was good-looking enough, but there was something extremely vulnerable about her, her soft skin, the way her clothes clung to her rounded body, the haunted apprehensive look in her eyes as if she expected strong male hands to seize her any moment. Her stance, her walk, her awareness of her silken, feminine body told the world she was a creature of rare sexuality and knew it. She probably hated it, but there it was.

Sydney Martin ran his hands down the slope of her nude back, the sweep only broken by her thin bra strap. He ran his hands up the front of her torso, smooth, velvety, warm. He had to catch his breath. She was as luscious as hot maple syrup from his native Vermont.

"I don't think I want a job where I have to do – things like this," she wailed.

"Then you can't have the job," he said shortly. He stepped back, still breathing heavily.

It was the same old problem for him. Sydney Martin couldn't get laid in a whore house, people said. He was a high-powered executive, but lacked the personal touch with women. Worse, his wife had left him a few days before and he was high with a throbbing need for sex.