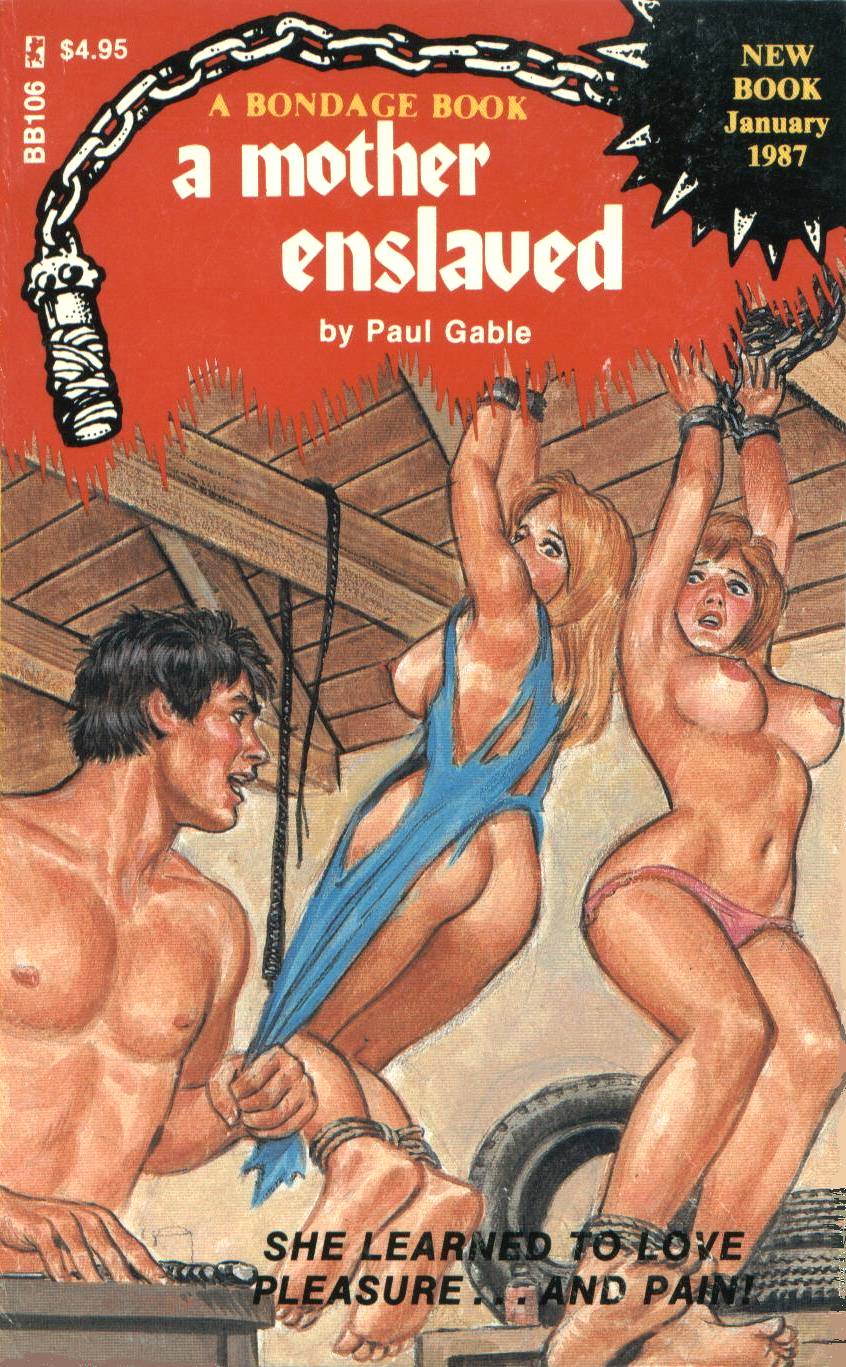 Lydia Framington was a good woman. She had never, ever let a man touch her except her husband. And after Greig had died, she had been very, very careful not to put herself in any situation where she might succumb to sex. Why she had started having these feelings of wanting to be dominated Lydia didn't know.

But now she lay here roped to the headboard of the bed, the line looped around her wrists and cinched so hard her fingers were starting to turn bluish white. She tried twisting her wrists a little and winced in pain, her full lips turning down slightly at the edges.

At least, she thought, he had left on her bra and panties. There was some bit of modesty left to her. She rubbed her thighs together, feeling the slightly sexy rub of her cunt-lips against one another while her ass-cheeks slid over the bare mattress.

It had all been so strange, so bizarre. That ad in the paper, her voice cracking when she answered it, the man's cruel laugh as she entered his home clutching her purse as if her life were contained in it. And now… and now she was half-naked, her arms stretched high behind her head, her wrists bound to the wooden turrets of his bed. Lydia's eyes scanned the area as she lay there and waited for the man to come back.

That was the worst thing, she thought, feeling her nipples starting to thicken under her bra cups. The waiting was making her pulse race while her stomach flip-flopped and knotted in cramps of tension. This was the first time she had ever been with a strange man, and doing this sort of thing. Ropes! Bondage! Discipline! Humiliation! The words echoed through her mind, making that strange warm tingle in her cunt worse than ever!

Oh, how that burning itch was making the velvety surfaces of her pussy twitch when they slipped against each other! This was the worst it had been ever? Just lying here, thinking of that strange tall, dark-haired man smirking down at her made her shamefully close to climax! He had ordered her here, had commanded her to take off her white blouse and dark-blue skirt, then had bound her this way.

There would be more, he assured her before disappearing through the darkened doorway and leaving her alone with her rattling thoughts. Lydia cringed. She had told her daughter Shari such lies about tonight. Would the girl suspect her mother had something going on the side? After all her lectures on morality and on good girls, wasn't she a hypocrite, lying as she was now, waiting for this man to rape her… or do something worse?

Footsteps! Lydia tensed, her fingers curling and the nails biting into her sweaty palms. She heard the floorboards creaking under his weight as he approached the bedroom. More than ever the woman could feel her nylon panties pressing against her wet cunt, the silken material feeling shocking good against the swollen, sensitive cunt-meat. God, what a whore she was becoming!

"Good. You're not like some of the others who try getting away," he said, wiping one hairy paw over his full lips.

Lydia spotted a can of beer in one hand, the gold sides slightly crushed in by his full fingers. He had changed from his Levi's to a strange outfit, one the woman found oddly exciting as well as terrifying. Max, as he called himself, had pulled an a pair of tight-fitting chaps, the black leather compressing his muscular flesh while letting the bulge between his legs protrude from the opening between his legs.