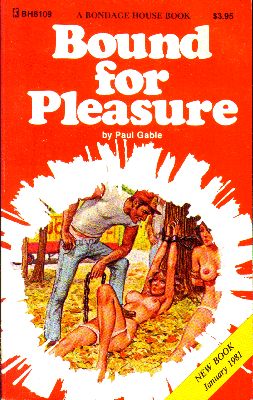 "Don't Billy! You're… hurting me!" Janice twisted away from the tall dark-haired man, brushing several strands of her blonde hair away from her face. This wasn't what she'd expected at all. It was too fast, too hard, too brutal. She thought there'd just be some kissing, maybe a little fondling, a little sneak touching at her pussy, and then go home. But now there was something in the way he was holding her, the way his tongue dug into her mouth while his hands squeezed her ass cheeks that made the perky cheerleader nervous.

Billy looked down at his body, staring at the familiar bulge starting to press against the front of his wet bathing suit. The two of them had just climbed out of his parent's jacuzzi in the back yard and now stood in the cluster of ornamental trees just outside the recreation room. It was so hot outside. The sun made the paving stones burn under Janice's bare feet. It had been so much fun touching like that under the hot, swirling water. She had giggled, watching Billy's handsome face twitch with emotion when she rubbed her feet over his hairy, thick-muscled legs. God, how she enjoyed doing that, how it made her pussy swell open with lust.

But now he wanted more. And with his parents gone for the afternoon Janice feared he was going to get it.

"Let's just dry off and talk, all right, Billy?" The girl asked nervously.

Janice backed up, feeling the water trickle uncomfortably down her back and over her high riding tits. Wearing that skimpy two-piece bathing suit hadn't been the best idea. Now the girl saw Billy's eyes lighting up like two coals as he swept them over her lithe, well-developed body. Janice instinctively knew he wanted her at that second. He ran his tongue over his lips while his breathing became deeper, more irregular. And to her surprise Janice found her breathing had become uneven.

Billy laughed. He purposely pulled the thin material of his bathing suit back, stretching it over his hardening cock.

Janice's eyes widened, her mouth going dry as cotton while her chest tightened. It was so huge! It must be at least seven, maybe eight inches long and God only knows how thick it was! Sure, she'd played around sometimes in the backs of cars, letting her fingers slip down a guy's stomach toward his crotch. But Janice had never touched a cock. No, that was something even her curious personality wouldn't let her do. Her mother, and then her aunt had told her enough about men, about how they wanted only one thing. No, she wasn't going to be left alone and pregnant the way her mother was. Now she had to live with her maiden aunt while her mother worked day and night.

"Please, Billy, don't do this to me," Janice whimpered.

She panicked. Of course she could scream down the walls for help. But wasn't she at fault for some of this? Hadn't she encouraged him in the jacuzzi, touching him all the time, letting him kiss her like that? And he'd probably set back at her in school somehow if she alerted the neighbors with her cries.

"Come on. There's nobody home… won't be for along, long time," he said, his voice getting low and husky as he approached her again.

Janice backed away, letting out a sharp little cry when she felt her buttocks brushing against the sliding glass door. She moved to the right, her fingers searching nervously for the door handle. And all the while her pussy was getting hot and tight, thick foamy cream bubbling out from her crack and oozing through her cuntal thicket. Thank God her bathing suit was wet already. Billy would be able to see the crotch of her bikini growing dark and damp if it weren't!