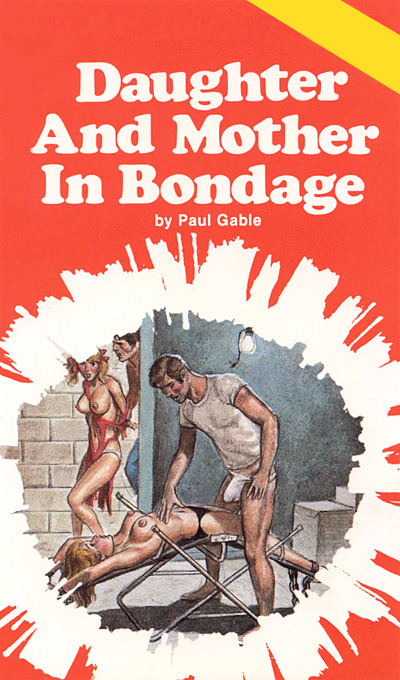 Daughter and mother in bondage

Daughter and mother in bondage

"Wh-what are you doing?" Anna Bixby stood in the hot garage, the two patches of silk covering her nipples growing damp from her perspiration.

She stepped back, one hand pressed over her mouth while the other stretched behind her. Eyes wide, the young teenaged blonde was moving away from the two brothers in front of her.

"What does it look like? You keep parading that ass around here like that, then expect us not to notice?" Brad Rudd said, pushing his greasy fingers through his short-cropped black hair.

"Yeah, been watchin' that ass wiggle under those bikini bottoms," Ed Rudd added, his eyes narrowing as they zeroed in on the small blue patch barely covering the triangle of blonde cuntal hairs growing on her virgin mound. "You can't tell me you don't want it… want it real bad."

Ed was rubbing his crotch, slipping his fingers back and forth over his fly! Anna shook her head from side to side, still backing away from the two Rudd brothers.

It had been a joke. That was all. She wanted to tease them, to trot on over while her mother was out shopping and tease the two new guys in the neighborhood. But this was going too far!

Brad had closed the garage door shut. There was the smell of dirt, gasoline and oil. And hardly a breath could be drawn in the stifling garage! Sweat was already starting to trickle down from under her arms and staining her bathing suit.

"So now, you're gonna put out… gonna pay up for all the advertising," Brad said, reaching down and tugging his sweat-stained white cotton T-shirt from his Levi's. Ed did the same, both bothers starting to strip in front of the girl.

Horrified, Anna pivoted and rushed for the closed door, curling her fingers into two fists and beating wildly in the wood.