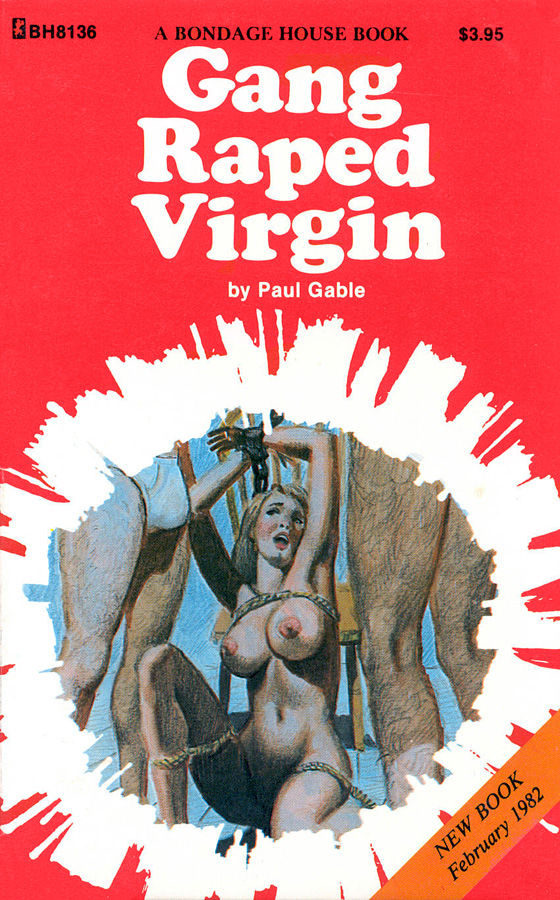 "Hey, babe, what's a nice chick like you doin' down here?"

"Ignore him," Julie Watkins whispered, leaning toward her friend. She kept her eyes on the three shabbily dressed studs standing in front of them on the boardwalk.

"I told you we should have come down here to Venice," Janet Dennis whispered back, rubbing her fingers briskly over her upper arms. The young blonde teenager felt, a little nervous as she studied the men who had approached her and her girlfriend in front of the recreational pavilion. They looked as if they might be members of some biker club, perhaps one of those involved in all that terrible violence going on down here in this beach community. She remembered reading about the shootings, the rapes, the reports of all sorts of crimes taking place in Venice. Why had she agreed, then, to come down here with her girlfriend?

"Hey, man, don'tcha like us? Man, you're sure fine, really fine," the tall bearded stud said, his voice becoming thick. There was something in his eyes, something that both attracted and repulsed Janet. She couldn't stare at him. Her fingers were trembling, turning icy while her flesh started to crawl. Why didn't they leave, turn their backs and just walk away from these horrible men?

"No, it's not that," Julie countered, smiling bravely after casting a glance at her friend. "It's just that… well, you surprised us by coming up so fast."

What was her friend doing? Janet looked at the attractive tall brunette with rounded eyes. It was getting dark. The wind was picking up from the southwest, blowing long bands of reddening clouds over the rolling surf and over the wide stretch of white sand. The small crowd that had been down here this cool September day was already thinning, few of them glancing at this group in front of the pavilion.

"We can get to know you two pretty fast," the tall bearded stud said, rubbing his dirty fingers over the sides of his Levi's.

Janet swallowed hard. She could well guess what the young man meant. Even though her mother had done her best to keep her ignorant of the facts of life, Janet had learned enough from her girlfriends at school. In bathrooms or in the cafeteria she had heard about how guys were built, about how a guy's cock was soft and small until it got excited. And then, wow, it could be over six inches long, maybe even ten! And then all that white hot stuff shot out of the tip, filling a girl up, maybe even getting her pregnant!

Janet remembered how she felt when her girlfriends told her about sex, about fucking! She sat there like the rest of them, turning shades of pink and giggling nervously, wondering if someone was listening to them who shouldn't. And all the while she had this hot feeling between her legs. When she moved, there was that soft, subtle rub of her cuntlips against one another and against her stiff clit that took her breath away. She had glanced at the other girls, wondering if they felt the same way. No, she didn't have the courage to ask her friends, not even Julie who was so daring, so forward. Julie Watkins was going to get herself in trouble some day with the fast life she was leading! Those stories about her and her boyfriend Hank and what they did behind the house one summer night spread like wildfire through the school.

"I don't know… you guys got any stuff around?" Julie asked, sucking in her lower lip and biting down. She looked just like an impish elf, brushing her long brown hair back over her shoulders.