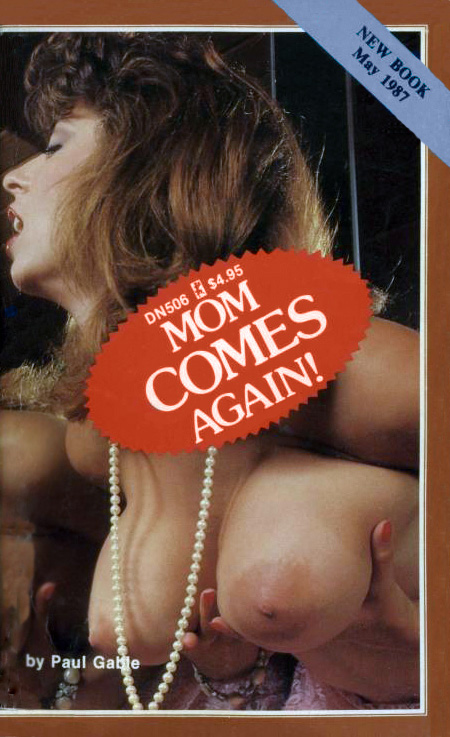 She could feel his cock pressing up against her cunt, the liquid fire burning in her pussy, making her clit shiver with excitement, then curl back.

Betty draped her long silky white legs over her son's body, hugging his thighs with her knees while she felt his cock entering her. It was more than she could have ever hoped for in her life. His fingers were pinching her nipples, rolling them like peas while his prick stretched her pussy, the fat double-lobed head scratching all the itching nerve endings aching to be touched.

Inching her knees back, Betty rolled her head against the crushed pillow behind her, her body penetrated by her son's cock, her back arching while more and more of his cockmeat fucked into her wet, winking cunt.

Betty Harrington awoke with a start, sitting up in her bed, drenched with sweat. She could feel her heart beating so rapidly that the blonde woman thought she would surely have a heart attack. Betty put her fingers against her burning cheeks, panting as if she were a dog. What a terrible, horrible dream! What on earth had she been thinking of before going to sleep?

Betty covered her mouth with both hands, closing her eyes and trying to make that terrible feeling between her legs go away. But it wouldn't. Her pussy was swollen open, the hairs damp with thick running cuntjuice while her nipples were sensitive and sore from arousal. Licking her lips, Betty shrugged her head into her shoulders, looking around her nervously as if there were someone in her large bedroom who had been watching her all along. No. She was alone in her shame.

Betty whispered her son's name and felt a shiver of wicked delight ripple down her spine and make her cunt snap shut on thin air. She rolled on her side, slowly sinking back down on the bed.

Betty groaned, feeling the slippery slide of her walls against one another. Oh God! Would this feeling never go away? How was she supposed to sleep? How could she even face her handsome son after having had such a vivid dream?

"Drink! Need a drink!" Betty whispered to herself, sliding her long legs over the side of the bed. Grabbing her robe from the chair, Betty cracked open the door. Brian wasn't there. Neither was her daughter, Kathy. Clutching at her robe, Betty tiptoed down the carpeted hall, pausing far just a second at the top of the landing when she noticed a dim light fanning out from under the study door.