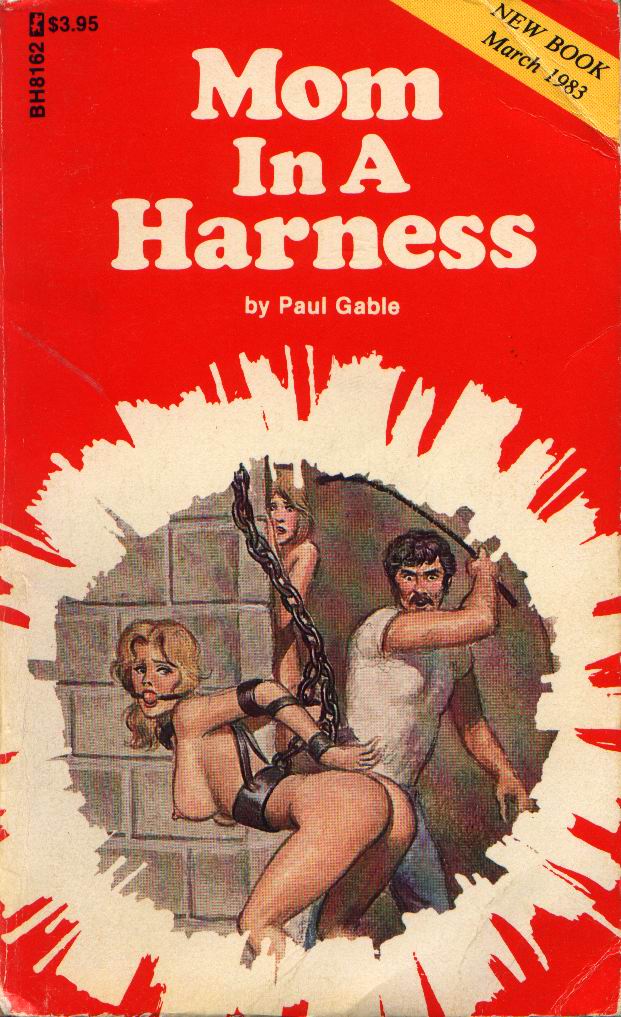 Mom in a harness

Mom in a harness

The lithe blonde widow tossed her head frantically on the crushed pillow behind her, her legs kicking out, while the big, black haired stud kept his head buried in her cunt muff. The sounds of her frantic wails mixed with the slurping of his tongue and lips while his hands gripped the woman just above her knees. Ropes had been tied to her wrists, the hemp chafing the woman's flesh as she pulled her arms and drew the rope taut.

Monica LeFevre whipped her naked, shivering legs against the bed, drawing them closely together to rub the insides of her thighs against the big man's head. It was wonderful, the most beautiful thing she had ever felt before is her life! Those thrilling sensations of his tongue scouring her pussy were increased by the pulling pressure of those ropes around her hands. Rubbing her ankles against the wrinkled sheets, Monica shook the long blonde hair from her eyes and peered heavy-lidded at the handsome stud servicing her pulsing cunt.

"Oh, please… please, don't tease me anymore. I can't take it," she panted, dropping her head back to the crushed pillow and letting out a soulful moan.

"Sure you can take it, Monica. You want more, more of the teasing, more of this shit!"

"Oh, please, Jack… oh, God, do it, do it to me!" the woman cried frantically, arching her back, wallowing her shoulder blades against the creaking bed, and drawing her knees up against Jack's head. The headboard rattled against the wall, leaving small hairline cracks in the blue plaster.

Just outside the bedroom door stood someone, someone who shouldn't have been there, someone who had tip-toed into the house and was now watching the man and woman. "Ohhhhh, Mother!"

Arlette LeFevre stood there, leaning heavily against the molding, her body damp with perspiration as she watched her mother twisting and turning on the bed. It was hideous, the most awful thing she had ever seen in her life!

Arlette had told her mother that she was going to the school football game tonight. She was going to be home no later than midnight. Everything seemed normal as before – well, as normal as things could have been after her father's desertion four years ago. The perky blonde teenager had come back home after having lost her wallet. Those strange sounds in her mother's bedroom had attracted her attention after she had trotted into the kitchen and poured herself a glass of milk. Now she stood there by the partially opened door, the glass trembling in her hand, milk spilling onto her gripping fingers as she watched her mother and that man go crazy together on the bed.