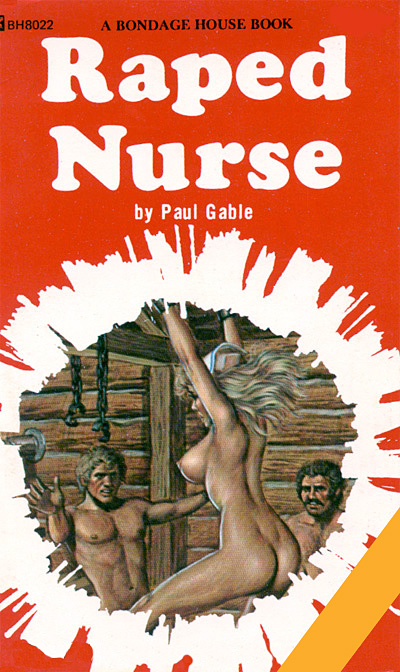 Lisa Murray heard the crisp, mechanical sounding voice as she pushed open the large glass entrance door at the hospital and walked into the lobby. She squinted her eyes for a moment, trying to get used to the sudden bright light. Glancing down at her wristwatch, Lisa noted she was fifteen minutes early for the night shift.

"Lisa," the young blonde heard a woman's voice call out from behind her. Looking over her shoulder, the big-busted nurse saw it was Marilyn Nesbett. "I shouted at you in the parking lot but you kept right on going," the brunette huffed out as she ran up to her friend.

Lisa tried to smile. But she found it difficult to act pleasant now. Her mind was a whirlpool of wild passions and emotions. The last thing she wanted was to end up in some bitch session with anyone.

"Hey, cheer up. Chad's not the only man around here, you know," Marilyn said in a low whisper as she leaned into her friend and gave her a reassuring pat on the arm.

"I don't want to talk about it," Lisa said, turning away and starting for the first-floor nurses' lounge. Lisa strode through the large lobby, then broke into a run as she heard Marilyn protesting behind her. It was all she could do to keep from breaking out into tears as she turned and ran into the nurses' lounge. Thank God no one was there. Lisa stumbled to the dressing area and took a good look at herself in the floor-length mirror. Even emotionally torn as she was now. The blonde could see an attractive, exciting woman. Why had Chad dumped her?

Lisa raised her chin slightly and cloned her eyes until there were two dark slits under her long lashes. She had high cheekbones and glowing skin. Especially now in her high emotional state, Lisa's face and neck seemed to radiate a kind of highly-charged glow that made her even more attractive. She seemed to burn with an intense, inner fire that flickered high, then low with her changing emotional state. Her full, red lips seemed now extraordinarily exotic. Her shining blonde hair was pulled tightly back and tucked under her cap.

Lisa looked at her complete body next. Her large tits, pushing out and forward like two ripe watermelons against the tailored white uniform; her rounded, well-fleshed hips; her full firm buttocks curving gracefully against the white silk pants; all this suggested a warm, sensuous woman who needed a man.

Why did he leave? Lisa thought, shaking her head then burying it in her hands as Marilyn opened the door and walked into the tiny roam.

"Hey, honey. Pull yourself together. I just bumped into the man out there, and he wants to see you," the brunette said. She'd walked up to Lisa and put her arms around her friend's waist, pulling the sobbing blonde tightly against her body.