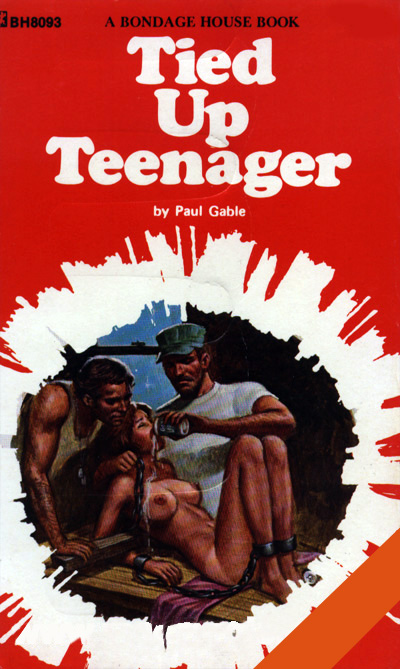 "I don't think… I'd better," Emily Mellin stammered, drawing back from the tall, husky marine. "My dad'll kill me if he knew."

"If he knew you were dating an enlisted man, right?" the tall young marine said, his face darkening.

"Tad, I didn't say that." Emily shook the blonde hair from her eyes and stretched out one hand, running her fingers through his blonde short cropped hair. Tad wrinkled his forehead in anger, knocking her hand away.

"You didn't have to. Your father's an officer, head of the Motor Division here at Camp Pendleton. I know what officers think, of enlisted guys."

"That's not true… not of my father," the teenage girl protested. "He's a good man, a good officer, treating everyone fairly."

But Tad refused to listen. His voice remained angry for several more minutes before he fell into silence. Emily drew back a minute, staring at the tall handsome Texan. She'd noticed him earlier in the year, covered with grease like all the other men in her father's division. But Tad seemed different from the others… not as rough or crude as she rest of the gang that leered at her. He always lowered his eyes when Emily came to pick up her dad or visit him during the day, a practice her father warned her against.

Now it was Christmas, and, at the motor pool party, Emily had coaxed the bashful Texan out of the building to an old barracks some hundred feet behind the motor pool area. She didn't know why she'd done this. Her mother and father were only a short distance away, chatting with other officers and their wives while the enlisted men drank and watched their superiors warily. Did the teen expect Tad Barrington just to sit there and talk? Did she want him to try something else? Was the thought of being fucked for the first time under the nose of her father exciting? Emily didn't really know.

At this point, however, she was uncertain what to do. Tad had hooked one arm around her as they sat on an old cot, their knees hardly touching. Yet she shivered at that light contact, feeling an electric charge of sexuality crawl up her thighs and make her pussy hot and wet. Strange tingling sensations broke out between her toes while her breathing became more labored.

"What my father thinks or doesn't think doesn't matter," Emily said defensively. Tad glanced at her sideways, a smile on his lips.

"Then prove it," he whispered, sliding his arm a little farther around her waist.