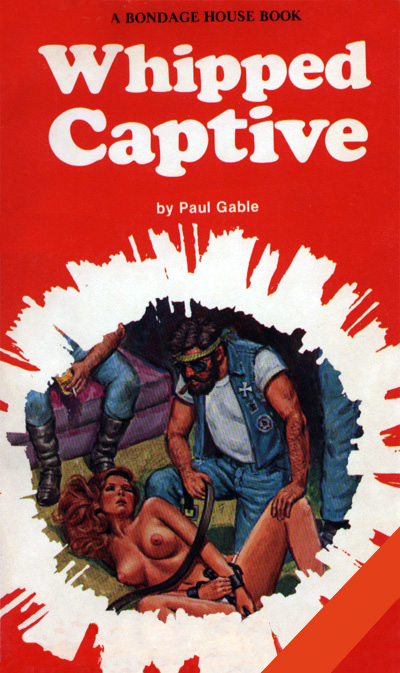 Christina wiped several tears away from under her widened eyes as she backed away from the big man. Crossing both her arms, the young teenage blonde held up her torn halter. Thank God he hadn't torn off her panties!

"Stop or I'll call the police!"

Her voice seemed so tiny, barely audible over the continual roar of the Pacific's high surf behind her. The boardwalk's lights seemed so far away, so inaccessible to the young teenager. She was out here alone in the dark on this broad, deserted beach, alone with this maniac.

She stumbled, her feet sliding over the gravelly beach sand. Why had she come out this late in the evening for a walk alone? Were the problems she was having with her parents and with her boyfriend Phil worth this encounter? No, no, nothing was worth this terror. Oh, why hadn't she listened to the talk about the return of the biker gangs reappearing in Venice? They'd been gone for nearly ten years. But now that the Los Angeles police force had been called, the groups had drifted back.

"Come on, honey. Come on and gimme a smile. Man, I ain't gonna hurtcha."

The sand was growing firmer and more wet. She was reaching the surf line. Christina could feel the steady flow of salty wet spray on the backs of her legs and neck. She looked, from side to side. At least he was alone. She'd have to make a break for it.

"C'mon, baby. The boys back at the house are sure gonna like playin' with you. And I'll bet you're just the kinda girl who digs gang bangin'."

His words made the girl's flesh crawl. A gust of wind blew her long hair around into her face. Stifling a cry of disgust and terror, Christina stiffened her muscles, wheeled around and bolted for freedom.