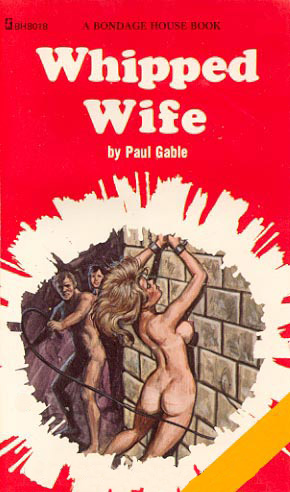 Diane Hathaway crossed her long, tapered legs and pushed her ass cheeks against the back of the living room couch as she rubbed the tall, cold glass slowly over her flushed cheeks. The blonde was trying to fight down the hot, mushy feeling between her legs. She lowered her eyes to the green carpet and tried to appear as if she were completely unconcerned with what was happening around her. But the way that man's eyes were zooming in on her body for a close-up! The way his stares seemed to burn through her clothing and sear across her flesh made her skin crawl with excitement. Diane's fingers trembled, making the ice rattle against the sides of the glass as she took another long sip of her drink.

"And that's it, ladies. My company's willing to take a chance on you if you'll take a chance with us," the tall, black-haired man said breezily as he flashed another hot glance at Diane. The nervous blonde felt her pussy stirring with the kind of hot excitement and lust that she swore she'd never give in to again. Diane knew only too well that it was this kind of feeling that got her into trouble every time. She lost her cherry to the high school football team captain because she couldn't keep her twat under control that night of the senior prom. God! The way they fucked and fucked that night under the stars on top of his tuxedo jacket, staining the white material with cum, blood from her ruptured hymen and sweat, made Diane think that that dream would never end.

It did. The next week good old Jim Byron pretended as if he never knew her. His regular girlfriend had made up with him, and he didn't want the bitch to know that he'd been fucking around.

"Diane, isn't he handsome?" a short, attractive young woman with long, shiny black hair sitting next to the blonde asked softly as she kept her eyes riveted onto the speaker's muscular body.

"Mmmm," Diane answered with a low hum, surprised at how husky sounding her voice was. The blonde shook her head slightly, pushing several strands of stray blonde hairs away from her face. Even that careless movement had a certain dignity, almost regal quality about it that attracted attention. In fact, everything about Diane Hathaway seemed to attract attention from every normal male near her. The proud, almost stiff way she carried herself about; her golden, long hair that she wore parted in the middle of her head and hanging down beyond her shoulders; her sparkling, dark-blue eyes that were surrounded by long, black lashes; her pert little ass that jounced back and forth under her clinging slacks whenever she walked; those melon-like, high-riding titties jiggling against each other with each step she took – everything about her made men's breaths quicken and their cocks stiffen up with hot blood!

"I'd sell myself for a man like that," the girl said under her breath, reaching over with her right hand and pinching Diane teasingly on the right arm.

"Oh, stop it, Sharon!" Diane whispered as she took another drink. She was sorry she ever came to this demonstration. She should have been at home cooking dinner for Matt.

Matt! That was another mistake in her life. After the football captain business, Diane swore that she'd never fuck with another man until he slipped that magic ring on her third finger. It was hard to keep her pussy quiet, especially in college when every coed around her was yakking about how big so-and-so's cock was, or how so-and-so made her suck him off in the back seat the night before. Diane pretended that talk offended her. But the blonde envied all those girls. She secretly wished that she could be in their places at least once, feeling a strong, hairy, masculine hand prying open her reluctant legs and stroking her inner thighs while… while… Diane blocked the rest out of her mind. She knew that if she thought about it, she'd go crazy in her dorm room while her girlfriends were out there in the fields fucking like butterflies in heat.

"Don't forget your samples and the sample booklets, ladies," the big man said, flashing a white, gleaming smile at Diane as he passed out the shiny pamphlets to the crowd of giggling women.

"Too bad you're married, Diane," Sharon said as she started to get up. "I think he's making a pass at you."