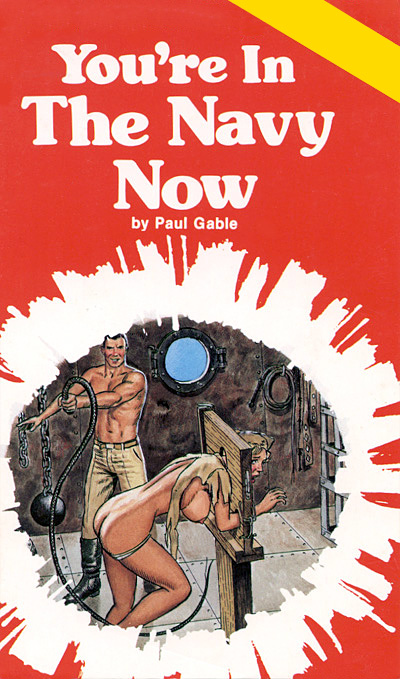 You_re in the navy now

You_re in the navy now

Laurie Wooster stood hesitantly in the dark in front of the Naval Reserve Center in Long Beach, California. Her heart was beating so wildly she thought she would surely have an attack. Clutching her dark blue Sea Cadet uniform, the girl curled her toes in her shoes, feeling her unplowed cunt glowing, growing so hot and tingly she could hardly stand it.

It was late – nearly ten o'clock. Her mother thought she was out an a small frigate with the others on an indoctrination class. It was a silly program – women in the Navy, starting with high school possibilities. But Laurie thought it was a neat idea – until she met Lieutenant Barrington, who made her nipples pucker up against her white shirt while her pussy was doing such wonderful things, strange things. He had told her to stay back, to remain at the center while the others left. He would take care of it. Lieutenant Barrington was always a take-charge man, in charge of the large rambling naval complex and obviously in charge of the Sea Cadet program. The others were so excited they hardly even noticed Laurie standing back, slipping away from them on the pier and ambling slowly back to the large glass and brick building.

Now she and Lieutenant Barrington would be alone. What would he do to her? He had said little. But oh, oh, those eyes! How they had seared her soul, made her areolas wrinkle deliciously against her stiffened nipples while her clit glowed like a tiny flickering candle. She hated to think in terms like those. But Laurie couldn't deny what her body was doing to her. Her cunt sweated, juice trickling maddeningly through the frazzled tangle of her blonde pussy hairs while her labes began to swell and fold itchingly over one another. She could run, turn and rush to the officer of the day's shack and call her mother.

But Laurie screwed up her courage and marched up the broad concrete apron to the center. Yes, the front double glass door was open as he said it would be.

Laurie stopped, one hand fluttering to her throat as she fought for breath. She was feeling a little woozy, high with her own sexuality. And that tickling, burning itch was taking away her strength. No one had ever told her about the power of her own body, how it could do things like this. Delicious, hot flames licked like tongues up her long, white shivering thighs, and Laurie wondered what it would be like having Lieutenant Barrington holding her, pressing his mouth against her thighs, her cunt!

Laurie drove those thoughts from her mind. How could she even let them swirl about her? She was a decent girl, and besides, she didn't even know why he asked her to stay behind. Regaining some control over herself, Laurie walked through the darkened offices, passing rows of computers and typewriters until she entered a second large room filled with neat rows of Formica-topped tables.

There in the corner was Lieutenant Barrington, his blue jacket off, his strong body bent over the desk as he shuffled through a tall pile of papers. Laurie hesitated again, biting her pouty lower lip while she wrung her icy fingers against one another. No, she would go through with it. She would never be able to forgive herself if she left now.

"Uh, excuse me, sir. May I speak to you for a moment, Lieutenant Barrington?"

The tall, dark-haired naval officer raised his eyes from the papers and peered into the darkened doorway. Immediately he brightened, pushing the papers away and resting both large hands comfortably on his desk.

"Yes, Wooster. Come in. Have a seat. I was just finishing up some work here."