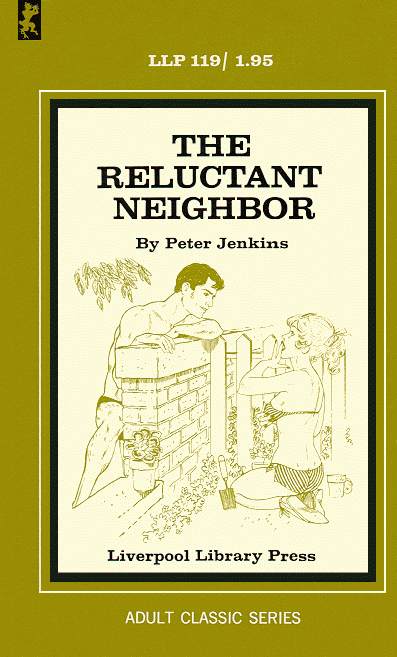 Marily lay back on the rumpled bed as though she were a broken rag doll. Her legs were spread obscenely apart, one knee slightly bent, her breast jutting out from her chest, and one arm limp across her sperm-filled stomach. She was watching her next door neighbor, the man who had just raped her putting his clothes on. She looked at him from the depth of her dark brown eyes, keeping him in focus, not wanting to see what she was looking at, but staring, not missing one movement that he made. Masculine was the only word that came to her mind. It almost amused her that he would put on his shirt before he did his under-drawers, that his now limp penis hung down beyond the tails of his shorts. Her own husband would never dress in such a disorganized manner.

Peter buttoned his shirt carefully, then knotted his tie, then reached to the floor for his jock shorts. He glanced at the voluptuous young woman laying on the bed, sprawled, her thighs still open and wet, and wanted to go back to her, to burn and scald her as he had done moments before. But, he felt as though she were staring a hole through him, looking at him but seeing what he could only guess at. He put one leg then the other through the shorts, then pulled them up around his waist. He reached inside, adjusted his still half erect prick so that it rode where it should, then took up his trousers and put them on, buttoned the buttons, then cinched up his belt. He took his coat from the chair and rammed his arms through it, then sat on the same chair and put on his shoes and socks. Then he stood and faced her. "Look," he hesitated, talking down to her on the bed from his six feet two inch height, "You were good. And, I'll be back again. I know you enjoyed it even if I did have to force you a little at first."

He leaned slightly forward, wanting to shake the eerie feeling that she gave him, wishing that she would say one word, any word, so that he could be sure that she was hearing what he said. She didn't and her eyes remained as void as they had been when he began speaking. "I'll have to go now. I'll see you tomorrow. And just remember that I came here by your invitation. I don't think you'll tell old Fred anyway. And I don't think he'd care one way or the other. So, see you later." He turned from her, left the bedroom, walked down the hall, then went through the front door, banging it arrogantly shut behind him. Marily heard his tread on the hall floor, then the closing of the door, then silence. She found herself wishing he would have, at least, gone out the back way so the other neighbors wouldn't have seen him leaving… but, oh what the hell. What did it all matter anyway? She lay as she was, wondering why she was so cold, so unrelated to what had happened, then was grateful for the pain that reminded her that she had been raped, used, like a whore by her neighbor, a neighbor she had just met. She forced herself to go over all the events that led up to that sudden happening one hour ago.

When, she wondered, had he first noticed her. In the garden? Through the window? Why hadn't he spoke to her before today, or at least to Fred? It didn't make sense. She didn't know him, except that his name was Peter Aiken and that his wife was a pathetic little thing, involved in community projects, held an office in the parent teacher association where their daughter attended school in the second grade, and puttered around the garden, occasionally holding long monologues with herself while talking to Marily, who knew that she wasn't supposed to listen, to answer, just be a form for the woman to talk at. But she never saw him, or only rarely, going from his car to the house or from his house to his car.

When had he noticed her?

Not that it really mattered, she told herself. He obviously had. Not only had he noticed her, but apparently he had been planning to use her as he had just done, for some time. Her thoughts went back to the morning, to the beginning of her day. She had tumbled from her bed when the alarm had made its first maddening sound, and looked over to Fred's bed. He had been snoring softly, curled into the ball shape that he preferred for sleeping, and then had gone to the bathroom, had shaken Fred awake ever so gently, then kissed him on the forehead, then had gone to the kitchen and started the coffee, made the orange juice, put on the bread and butter and toaster on the table, then had walked outside to smoke a cigarette. She grimaced with the thought of smoking in the garden. Fred did not smoke, could not stand the smell of smoke in the house. Maybe, her mind warned, she had been seen by Peter then, in the garden, early in the morning, blowing her lonely clouds of smoke. But, it had to be before today, she thought. He didn't seem the type to do things so suddenly without some kind of previous plan.

Then, what had she done. She tried to recall, her mind telling her that she had done what she had done every morning or what seemed like millions of years. She had gone back into the house as soon as she had finished her cigarette, knowing that Fred would be stepping out of the shower, then he would be in the kitchen within minutes. She had gone to the small bathroom and brushed her teeth and rinsed her mouth with mouthwash to get rid of the odor of cigarette smoke. Then she had returned to the table, took her place, put two pieces of toast in the toaster, and looked as Fred came through the door, dressed for work, ready for his breakfast.

With Fred gone she had cleared the table, put the few dishes in the dishwasher with the ones from the evening meal, set the dial to wash, then had gone to the garden again to smoke. Then she remembered. She had had a strange feeling in the garden, as though there were another presence there other than her own. Yes! Exactly! She could remember it now, the goose bumps on her flesh, the feeling that someone was watching her every moment, that behind a bush someone waited, breathed and watched her. But it had only been a fleeting emotion, she reminded herself. But, her mind said a significant one. Perhaps that was the first warning sign of the danger that was to burst upon her later. Later she had decided to work in the garden, to trim up a hedge, to cut a few branches off a rose bush, perhaps to rid herself of the unreasonable fear or fright that she had felt there. She did so. She had become so involved in her work that the time had slipped by, unheeded, until she grew warm. She covered her eyes with her hand and looked up at the sun. It was almost mid-way in the sky. She had laughed to herself. She had been in the garden much longer than she thought. She went into the kitchen, washed her hands, then made herself a sandwich and a glass of tea, put them on a tray and returned to the garden, she had been there only a moment when she had been interrupted by Peter Aiken's sudden presence. She had felt grateful for the interruption, she remembered. She had smiled at him, then ran a hand over her hair, thinking that she must be a mess since she hadn't looked in the mirror since just after getting out of bed.

"Hello. I'm Peter Aiken. From next door." He said, then paused, waiting for her recognition of him. "Yes, I know. I'm Marily Spencer. I know your wife – I mean, we have spoken together here, from one yard to the next." Marily had smiled, then waited for him to continue.

"I just came over to introduce myself actually. I came home for lunch, which I do occasionally, and found a note from my wife. She had to go to a meeting she had forgotten about. Anyway I saw you here and I thought…" He stopped talking, leaving the thought uncompleted so that it had to turn into an invitation from her.