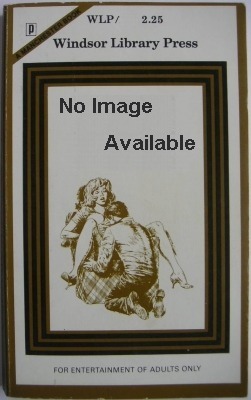 "Well, for Christ's sake, would you look at that!" the big man muttered to himself, staring out the window. He turned to speak to a dark-haired young woman lying on a couch across the room.

"Let me try," she replied in a bored voice. A moment passed. "Sword dancers?" she asked sarcastically. "A flea circus? A troup of trained walruses and their sealion manager?"

"Cut the comedy," the big man said, flushing angrily at the mockery in the woman's voice. "Get off your lazy ass and come over and look."

The woman settled back on the couch, but curiosity got the better of her. As she got up, the robe she was wearing parted for a moment, showing a flash of smooth bare thighs. Taking her time, she walked over to the window and looked out. She had to stand close to the man but was careful not to touch him. Each time a shift in his position brought him closer to her, she moved back the barest fraction of an inch, just enough to keep them separated.

"Well, what do you think of that little cunt?" the man asked with a grin.

Across the street a large moving van was backed up to a house. Two men, obviously the drivers of the van, from their overalls, were carrying in furniture. Another man stood nearby, watching, but Anna knew that none of these people, nor the van, was what had captured the interest of the man next to her. A young woman, blonde, with a stunning figure was excitedly directing the two workmen. She was wearing a pair of tight white shorts and a halter top which did little to hide the enticing movements of her large, obviously well-shaped breasts.

"Well… how about it?" the big man asked impatiently.

"Oh, Max… for Christ's sake," the woman said disgustedly. "So it's a cunt. To listen to you talk, anybody'd believe you never saw one before."

"God! I sure as hell haven't seen many like that," he answered, licking his lips nervously. "Oh, my fuckin' balls. Look at the way her tits are bouncing… and look at her ass, just trying to bust out of those shorts."