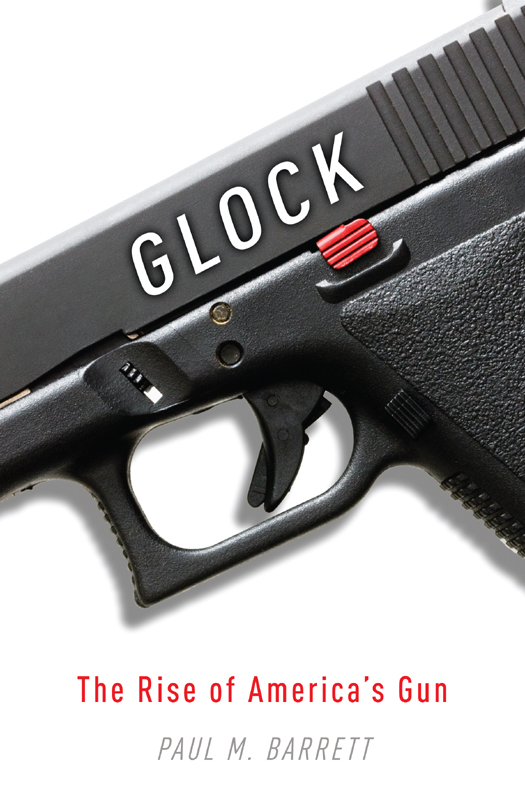 Glock The Rise of Americas Gun

Glock The Rise of Americas Gun
Based on fifteen years of research, Glock is the riveting story of the weapon that has become known as American’s gun. Today the Glock pistol has been embraced by two-thirds of all U.S. police departments, glamorized in countless Hollywood movies, and featured as a ubiquitous presence on prime-time TV. It has been rhapsodized by hip-hop artists, and coveted by cops and crooks alike. Created in 1982 by Gaston Glock, an obscure Austrian curtain-rod manufacturer, and swiftly adopted by the Austrian army, the Glock pistol, with its lightweight plastic frame and large-capacity spring-action magazine, arrived in America at a fortuitous time. Law enforcement agencies had concluded that their agents and officers, armed with standard six-round revolvers, were getting "outgunned" by drug dealers with semi-automatic pistols. They needed a new gun. When Karl Water, a firearm salesman based in the U.S. first saw a Glock in 1984, his reaction was, “Jeez, that’s ugly.” But the advantages of the pistol soon became apparent. The standard semi-automatic Glock could fire as many as 17 bullets from its magazine without reloading (one equipped with an extended thirty-three cartridge magazine was used in Tucson to shoot Gabrielle Giffords and 19 others). It was built with only 36 parts that were interchangeable with those of other models. You could drop it underwater, toss it from a helicopter, or leave it out in the snow, and it would still fire. It was reliable, accurate, lightweight, and cheaper to produce than Smith and Wesson’s revolver. Made in part of hardened plastic, it was even rumored (incorrectly) to be invisible to airport security screening. Filled with corporate intrigue, political maneuvering, Hollywood glitz, bloody shoot-outs—and an attempt on Gaston Glock’s life by a former lieutenant—Glock is at once the inside account of how Glock the company went about marketing its pistol to police agencies and later the public, as well as a compelling chronicle of the evolution of gun culture in America.