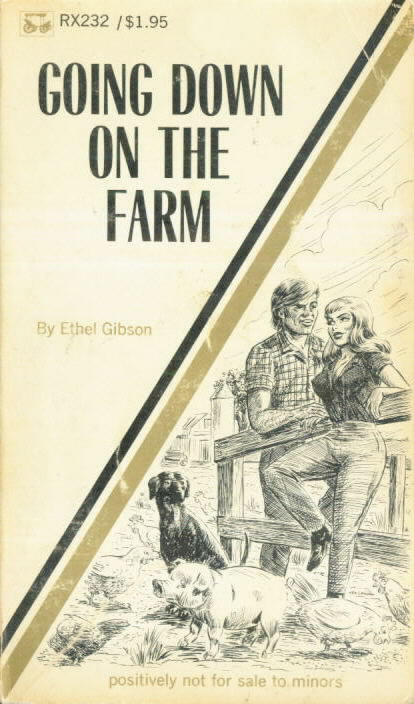 Going down on the farm

Going down on the farm

David was very depressed. His parents had been killed in an airplane accident. He'd been uprooted from his neighborhood and his school and moved out to his grandparent's farm. There were no neighbors near the Snyder's farm. The nearest house was two miles away and they had no kids his age. The nearest kids his age, outside of his aunts and uncles, lived six miles away. He found that out on the school bus.

His aunts and uncles were his age. His father had been born when his grandmother was seventeen, then his grandparents hadn't had any more kids for a while. There were fertility problems and twenty years passed until their next child was born.

He had five aunts and uncles. His Uncle Ted was seventeen, and his twin aunts, Alice and Joan, were fourteen, a year and a half older than David was. His Uncle John was two months older than he was and his Aunt Susan was a year younger. She had just turned twelve but she was still his aunt.

He wasn't getting along very well. His aunts and uncles acted as if he were an intruder, especially John. He slept in the same bed with John but they hardly said a word to each other. He didn't know anything about living on a farm. They got up early in the morning and had chores to do. He'd never been up that early and had trouble getting awake. He didn't know how to do the chores anyhow. Each time he tried to help he messed it up, like the time he had tried to milk the cow. Every time he tried, one of them would say, "Let me do that, you don't know how," and take the job over. He felt useless.

They didn't treat him mean, most of the time they just ignored him. Ma Snyder would hug and kiss him now and then in an absentminded sort of a way and Pa Snyder would pat his shoulder as he walked by, but grandpa didn't say very much.

He didn't feel that he was wanted like he did when his parents were alive. They always had time to talk to him and find out what he'd been doing in school and after school for that matter. Sometimes he'd been annoyed that they questioned him so closely, now he wished someone cared enough to try to pry into his private life. He missed his parents and even though these people were all family he didn't feel close to them. A lot of the time he felt like crying.

He had to sleep in the same bed with John and that was a problem too. He had been used to some privacy. He'd had a room of his own in the city and he was used to jerking off in bed before he went to sleep at night. He couldn't do it because John would hear. It took him a lot longer to get to sleep now. Even when he went to the bathroom and jerked off into the toilet it didn't help much. There was only one bathroom in the farmhouse and it seemed that someone was always in it. He wasn't used to that either.

He was shy about getting undressed when John was there. He didn't like to let John see him naked but there wasn't much he could do about it. He was curious about John and he did get to see John without any clothes on. It seemed to him that John's penis was about the same size as his, but he couldn't tell for sure because he never saw it hard. John looked at his penis too, and that always embarrassed him.

A month passed and David was more miserable than ever. Nothing improved. Pa Snyder had gone with John to do some chores in the barn and hadn't taken him with them. Up till now his grandfather, at least, had treated him as he had the other children.

He got undressed and got into bed. John came in ten minutes later and did the same. He got into his pajamas and sat on the edge of the bed looking at David. David didn't know what to expect. John usually just ignored him. It was as if he wasn't there at all. He waited to find out what was up now.