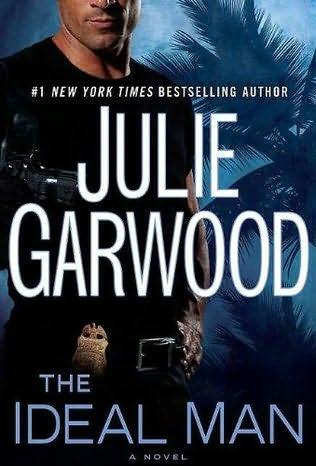 The Ideal Man
Julie Garwood is among the most critically acclaimed – and popular – romance authors around, with thirty-six million copies of her books in print. And now, with The Ideal Man, Garwood is poised to expand that already huge audience. Dr. Ellie Sullivan has just completed her residency at a large urban hospital. While jogging in a park nearby, she witnesses the shooting of an FBI agent in pursuit of wanted criminals, a couple identified as the Landrys. The only person to see the shooter's face, Ellie is suddenly at the center of a criminal investigation. Agent Max Daniels takes over the Landry case. A no-nonsense lawman, he's definitely not the ideal man that Ellie has always imagined, yet she's attracted to him in a way she can't explain. Ellie heads home to Winston Falls, South Carolina, to attend her sister's wedding. Shortly after she arrives, though, she receives a surprise visitor: Max Daniels. The Landrys have been captured, and she'll be called to testify. But they've been captured before, and each time the witnesses are scared into silence – or disappear before they can take the stand. Max vows to be Ellie's shadow until the trial, and it isn't long before sparks fly. 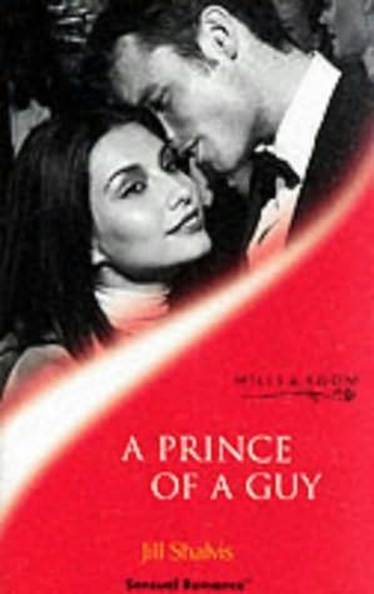 A Prince Of A Guy

A Prince Of A Guy
Runaway Princess Carlyne Fortier read a desperate nanny ad in the paper and decided it was the answer to her prayers. Disguising herself, she applied. Anything to escape the demands of royal life! Architect Sean O'Mara welcomed Carlyne with open arms. The woman might have been plain as dirt, but she had great references. Anything to cope with the demands of his sister's four-year-old whirling dervish! What happened next was right out of a fairy tale… 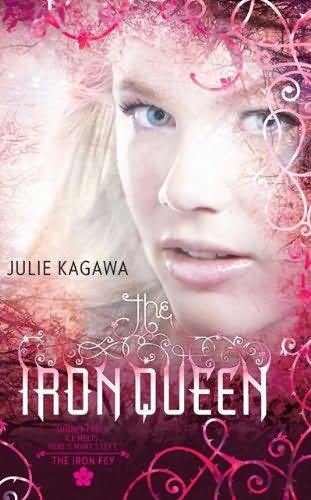 The Iron Queen
My name is Meghan Chase. I thought it was over. That my time with the fey, the impossible choices I had to make, the sacrifices of those I loved, was behind me. But a storm is approaching, an army of Iron fey that will drag me back, kicking and screaming. Drag me away from the banished prince who's sworn to stand by my side. Drag me into the core of conflict so powerful, I'm not sure anyone can survive it. This time, there will be no turning back.

False Scent
The guests ranged themselves at both sides of the door, like the chorus in a grand opera, A figure appeared in the entrance. It was not Mary Bellamy, but Florence. As if to keep the scene relentlessly theatrical, she began to cry out in a small, shrill voice: “A doctor! A doctor! Is there a doctor in the house!” 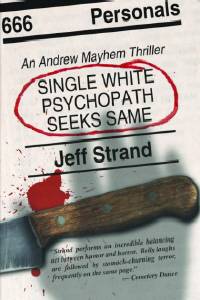 Single White Psychopath Seeks Same
AN ANDREW MAYHEM THRILLER "Sometimes you wake up in the morning and you just know it's going to be the kind of day where you end up tied to a chair in a filthy garage while a pair of tooth-deprived lunatics torment you with a chainsaw. So as I struggled against the ropes, I can't say I was all that surprised." Yes, Andrew Mayhem, hero of the bestselling comedy/thriller Graverobbers Wanted (No Experience Necessary) is back. Still incredibly brave. Still ridiculously irresponsible. And this time, becoming chainsaw fodder is one of his lesser worries. He's forced to pose as a serial killer known as The Headhunter in order to infiltrate a group of maniacs who've gathered in an isolated Alaskan mansion for a weekend of murderous games. Can he free the potential victims in time…or will he be forced to participate in their demise? Even more twisted than its predecessor, Single White Psychopath Seeks Same is another outrageous blend of the hilarious and the horrifying, one that will keep you laughing, gasping, and guessing from beginning to end. 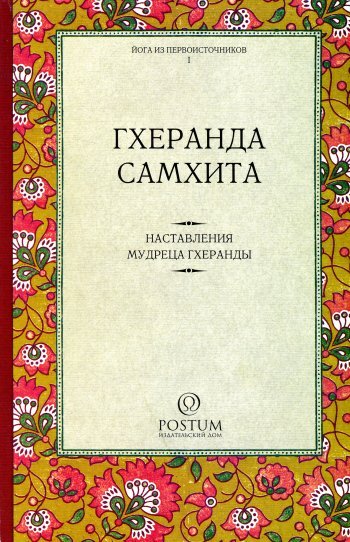 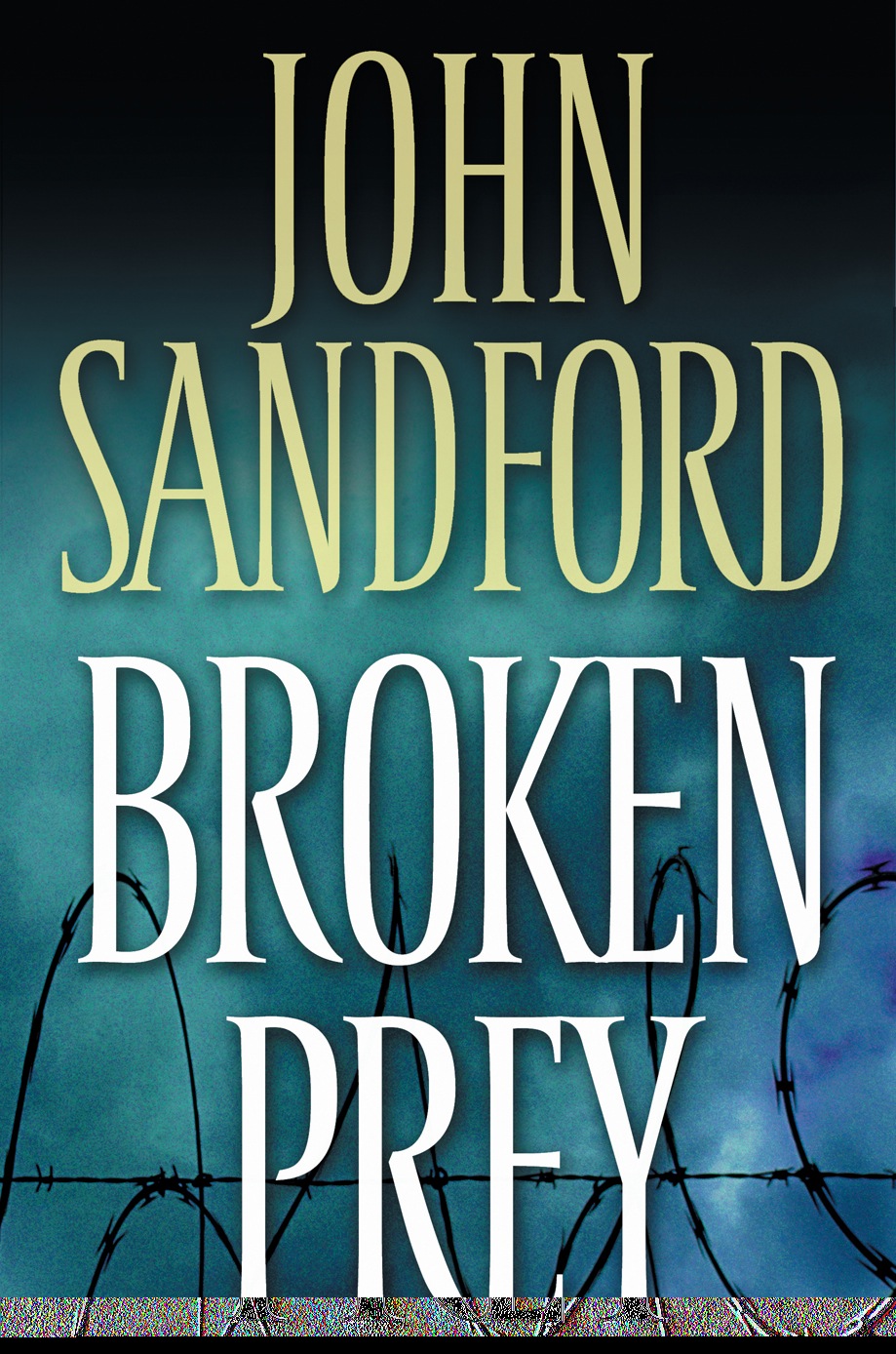 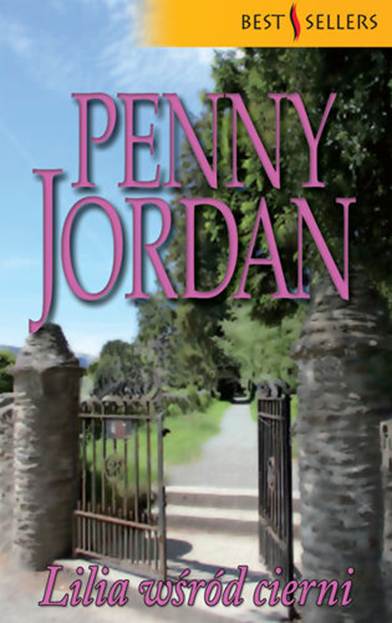 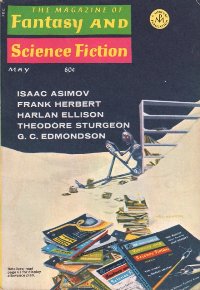 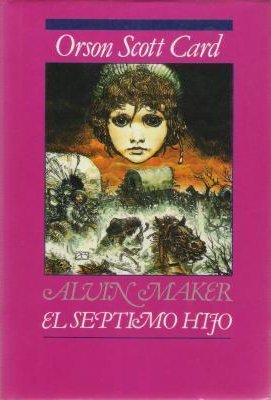 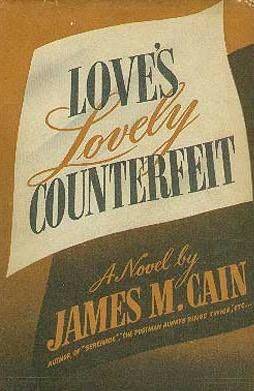 Love's Lovely Counterfeit
It’s the story of Ben Grace, a small-time chiseler in the rackets – not crooked, not straight, just in between – who, full of grievances, makes the most of his inside information as Sol Caspar’s chauffeur to aid and abet the opposing party’s upcoming mayoral election campaign. His ally (and soon-to-be lover) in the enemy camp is a very good-looking girl named June Lyons, who is also very dedicated to justice. It sounds predictable, but it Cain’s hands, it’s anything but. It may seem strange to say, but works of fiction are usually less complicated than the real world, as who would believe the twists and turns that real life can have? But when you think the story’s going one way, Cain heads it off in another. Or, perhaps, he lets it go off in another, on its own, as if he set the characters up, and then he let them find their own destiny, their own fate. Which, of course, they do. 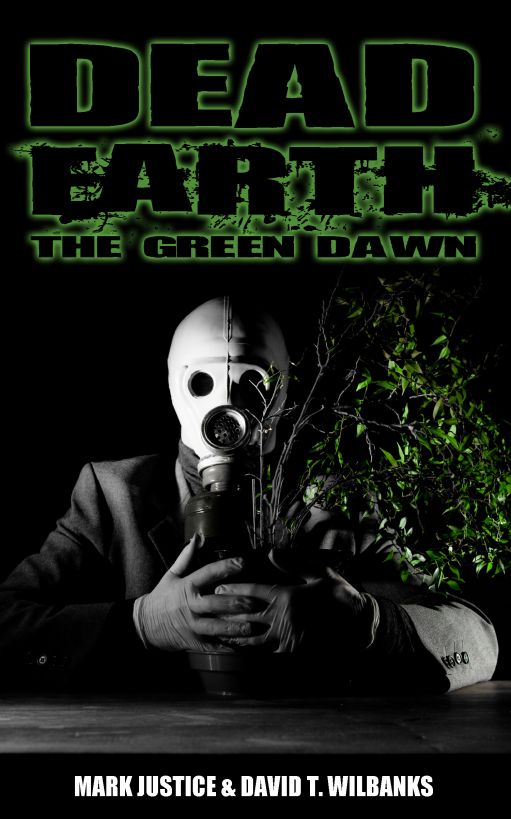 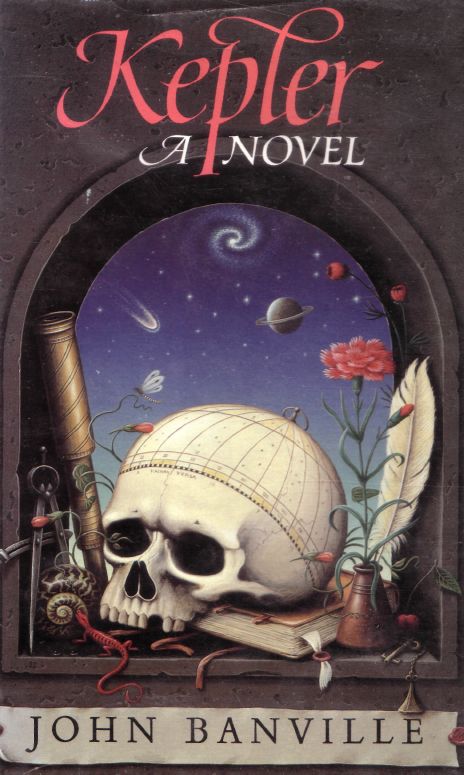 Kepler
In a brilliant illumination of the Renaissance mind, acclaimed Irish novelist John Banville re-creates the life of Johannes Kepler and his incredible drive to chart the orbits of the planets and the geometry of the universe. Wars, witchcraft, and disease rage throughout Europe. For this court mathematician, vexed by domestic strife, appalled by the religious upheavals that have driven him from exile to exile, and vulnerable to the whims of his eccentric patrons, astronomy is a quest for some form of divine order. For all the mathematical precision of his exploration, though, it is a seemingly elusive quest until he makes one glorious and profound discovery. Johannes Kepler, born in 1571 in south Germany, was one of the world's greatest mathematicians and astronomers. The author of this book uses this history as a background to his novel, writing a work of historical fiction that is rooted in poverty, squalor and the tyrannical power of emperors. 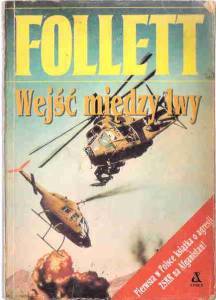 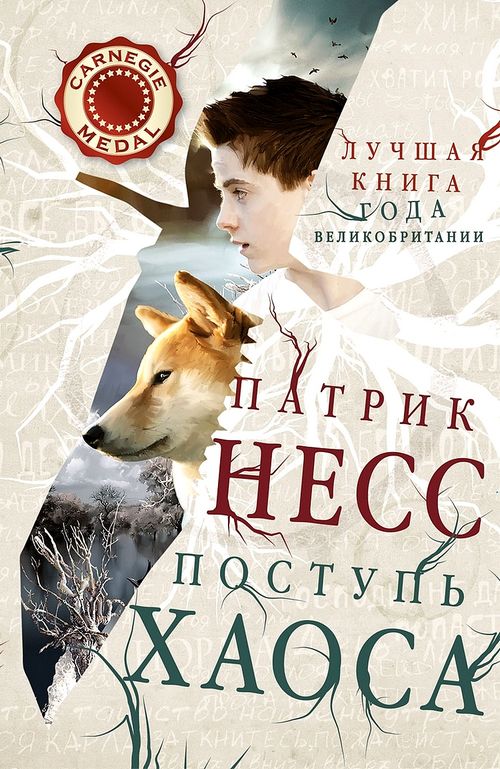 Missing Joseph
Deborah and Simon St. James have taken a holiday in the winter landscape of Lancastershire, hoping to heal the growing rift in their marriage. But in the barren countryside awaits bleak news: The vicar of Wimslough, the man they had come to see, is dead—a victim of accidental poisoning. Unsatisfied with the inquest ruling and unsettled by the close association between the investigating constable and the woman who served the deadly meal, Simon calls in his old friend Detective Inspector Thomas Lynley. Together they uncover dark, complex relationships in this rural village, relationships that bring men and women together with a passion, with grief, or with the intention to kill. Peeling away layer after layer of personal history to reveal the torment of a fugitive spirit, Missing Joseph is award-winning author Elizabeth George's greatest achievement. 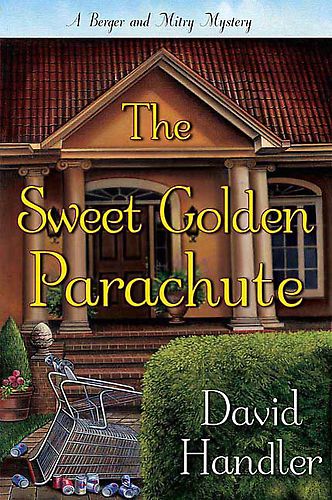 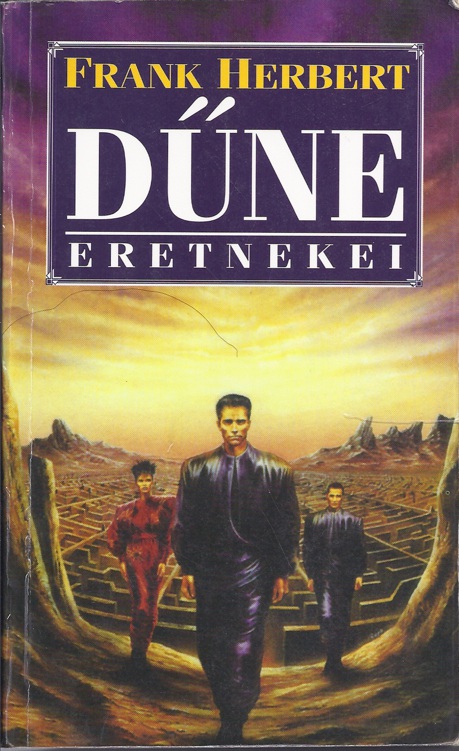 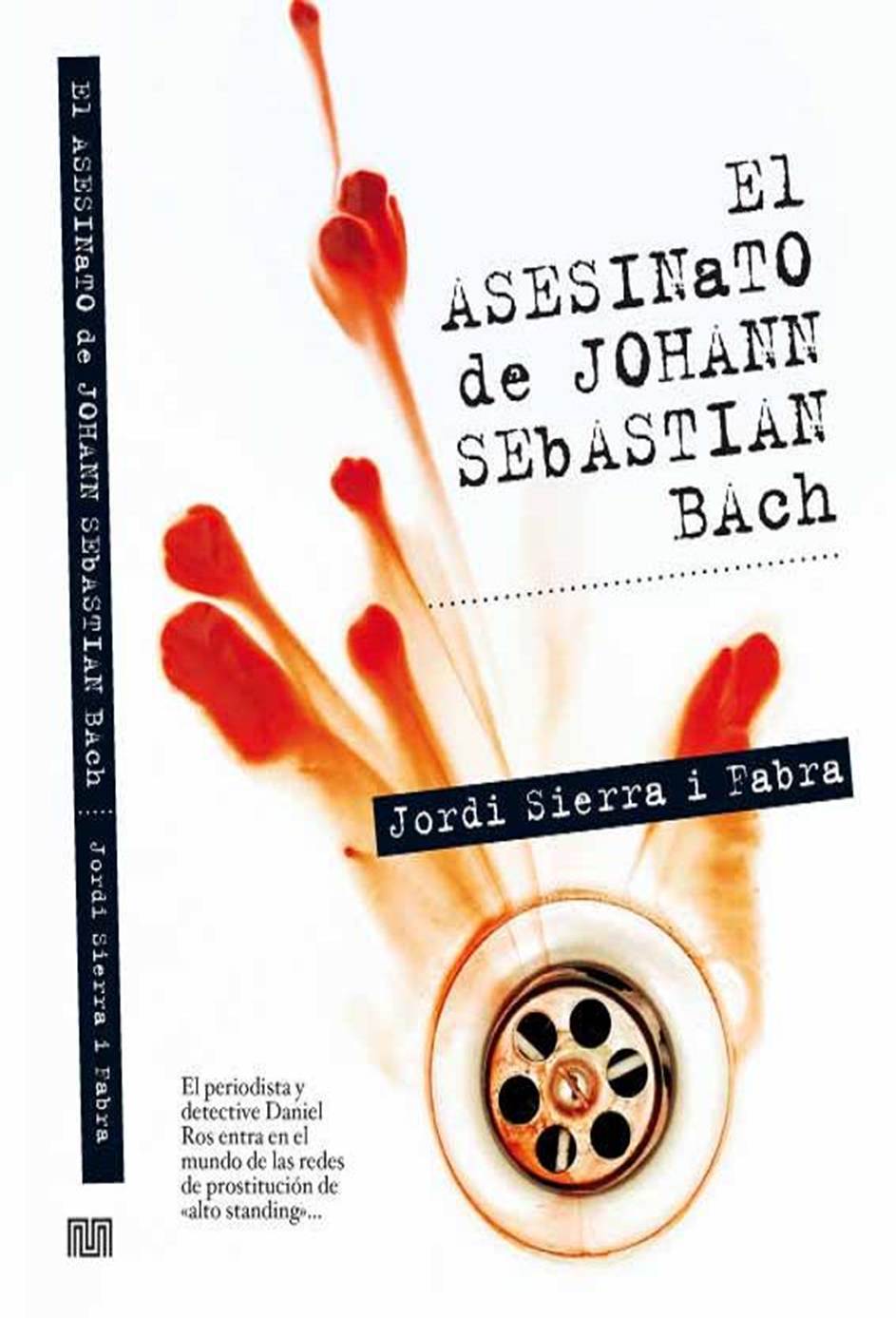 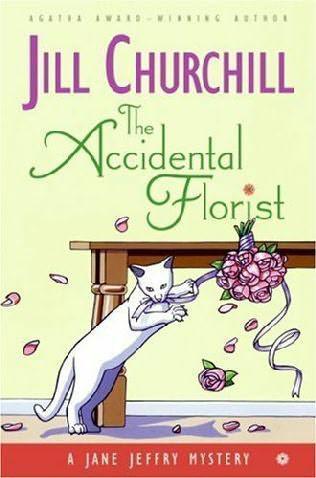 The Accidental Florist
Suburban supersleuth Jane Jeffry and her detective beau Mel VanDyne have finally decided to tie the knot. While Jane's planning the wedding of her dreams — with no overbearing mother-in-law to steamroll the entire event and tell her what to wear — Mel convinces her and her best friend Shelley to take a women's self-defense class. But before Jane and Shelley can learn the karate kicks and mean moves to fight off even the perfect purse-snatcher, their class is cut brutally short. . when two participants are murdered. Between her new writing project, an addition to the house, and battling mothers-in-law, she's got her hands full. But she'll have to make time to help Mel find the killer if she wants to walk happily — and safely — down the aisle.