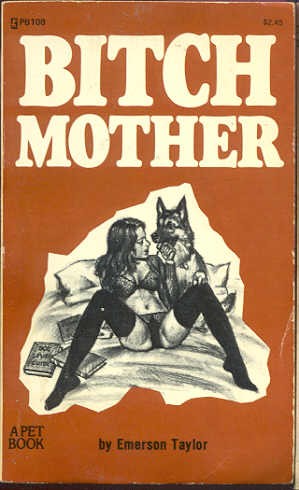 Marie Kozyk tried for a moment to resist the pressure of his hands on her head, even though she knew she would not be able to for very long. She nibbled frantically at his right nipple, running her tongue over the tiny protuberance and grasping it between her teeth in a gentle grip, but this was a mistake: by exciting him this way, she had only made him all the more eager to have her suck his cock. He pushed harder against her head, and she reluctantly gave in to the pressure.

What a hypocritical sonofabitch you are, she thought weakly as her lips neared the half-hard tool lying across his belly. Paul Ryan, the voice of moral righteousness in Hardin County, and he wants to hare his prick sucked! You're too hung up to ask for a blow job straight out, you pious fraud, but you know I can't resist getting my mouth around your cock! And you're so fucked out already, you can't raise a hard-on without getting sucked a little, too!

She reluctantly twisted around on the motel room's bed, reversing her position and bringing her crotch closer to his end of the rumpled bed, but she knew that her shift would be useless – Paul had never shown any interest in muff-diving. Marie lifted her upper thigh so that he would be able to see every detail of her flushed, moist-lipped pussy, but he showed hardly any interest in her aroused condition. Paul Ryan, she thought, believed that pussies were made to be fucked and nothing more. There were times when she wondered how he managed to find the nerve to caress her slit even for the few moments that he did, whenever they met for one of their fuck sessions; it was all too clear that he considered his work done when the fat lips became coated with the hot, slippery oil which her cunt poured out so profusely whenever she became highly aroused. He lay on his back and continued pressing her head towards his cock, using both hands and entirely ignoring the juicy, ripe slit which she offered.

Marie looked at the long, thick hulk of his cock for a moment. Even half-hard, it was a good six inches in length and at least an inch in diameter. It was almost stiff enough to be forced into her cunt right now, though she would never have done so, nor would he have allowed her to without first going down on him. She took his dick in her left hand and gently forced the smooth pink foreskin off the head. As always, the sight of a big, handsome prick being skinned back sent a shiver of unearthly delight flashing through her nervous system. Pimples of gooseflesh sprang up all over her long, slender body and she felt her nipples growing even harder and more alive with feeling.

She pressed the loose skin back down the shaft until the head sat atop it like a huge, obscene mushroom. His cock drooped badly, tilting off to his left, but that only meant that she would have all the more fun: the sensation of a cock growing hard and hot within her mouth invariably gave her the deepest possible sexual pleasure and made her cunt all the more receptive to the tool's brutal, thrusting entrance. Marie jacked him off for a moment, enjoying the sight of the foreskin slipping over the head and then sliding back, and then leaned over him to take the warm tool into her mouth. As always, the feel of a cock against her tongue inflamed her senses with new urgency, and she crushed the soft, satin-smooth head against the roof of her mouth with her tongue. She ground her head around his prick with relish and groaned deep in her throat.

At the same time, she thrust her right hand between her thighs and grasped the full, sensitive lips of her pussy between her thumb and forefinger. She rubbed the big folds together and pulled them out away from her pussy; the increased pressure exerted a delicious pull on her stiff clitoris and she felt her desire even more strongly. Her hips contracted into knots of hard, quivering muscle and she tilted her butt upward, grinding the aroused flesh of her twat into her hand. Her tongue glided around the head of Paul's cock and scoured the deep groove separating the tip from the shaft.

Even if he was a barely adequate lover, she reflected in a tiny corner of her mind as she worked her mouth around his rod, he was at least a man and therefore more satisfying than her fingers. Her mind inevitably drifted back to Steve, her husband, and the comparison between him and Paul was ludicrous enough to make her grimace with wry humor. He had undoubtedly been a stupid, sensual Polack, as she herself had told him often enough, but he had a marvelous ability to make her pussy hum with sexual life. He had taught her how to eat a cock in the most exciting, efficient way and had also introduced her to pussy-licking, an experience which had left an indelible mark on her.

Marie's vehement sucking soon brought Paul's tool up to a firm, throbbing hard-on. His prick had swelled out to its maximum size and gave her a comfortable mouthful. She jacked him off with her left hand and rubbed the lips of her pussy even more strenuously with her right. He watched her play with the dark-red slit but made no move to help her. The steady flow of cunt lubricant had continued and her fingers were now brightly wet with the slippery substance, which had also welled out of the ripe slit and trickled down over her brownie.

"Ooohhh, honey! I can't wait any longer!" he groaned suddenly.