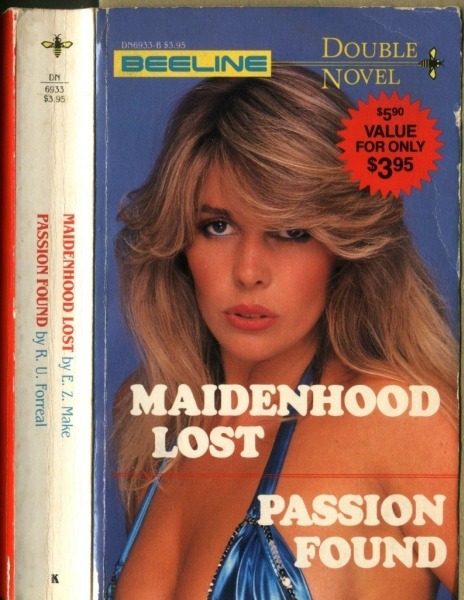 Her name was Kari. And had someone told Neal Winter just two weeks ago that such a fantastic chick would suddenly drop into his life, he would have politely told them where to go.

Yes, there she was, and here he was. Both of them completely satisfied with being exactly where they were.

Kari Mason, just sitting there like the earthly manifestation of Aphrodite, the goddess of love. Her hair was frosty blonde, tumbling down around her shoulders in a gently waved cascade. Her hazel eyes, reflecting a deep blue tonight, were a lilting melody, but held a bit of languor which men describe as bedroom eyes. Her mouth was full and sensual. The warm, deep, reddish pink of those lips was natural. They had no need of make-up. Nor did any of the features of Kari's face.

"Hey, man," Bobby Carter's elbow dug into his ribs, interrupting Neal's thoughts. "Wake up! You wanna toke, or don't ya?"

Neal nodded, taking the half-burned joint from his friend's fingers and raising it to his lips. He sucked deeply, drawing the pungent marijuana smoke into his lungs and holding it there.

"Dynamite stuff, huh?" Bobby chuckled. "Only the second number tonight and I feel like we've smoked the whole lid."

Neal's gaze returned to Kari, who sat cross legged on the floor directly in front of him, as the group of four couples huddled in a tight circle. "Yeah, dynamite stuff. The best I've ever had."

An amused smile danced at the corners of Kari's mouth as she intercepted his meaning, which had absolutely nothing to do with the potency of the weed they smoked. In fact the grass was having little effect on Neal, other than mellowing him and creating a decided yearning for Kari, to be near her, touch her and hold her.

But at the rate things were going, it didn't look like the opportunity would present itself tonight. With his mother out of town on a business trip, it had seemed like an excellent idea to invite a few friends over for a small party. Now with Kari so near, yet so far, he wished the three other couples would suddenly evaporate into thin air.

"Anybody want the roach?" one of the other girls questioned as she held up the tiny butt left of the joint they had just completed. When no one answered, she simply popped it into her mouth and chased it with a swig of beer…