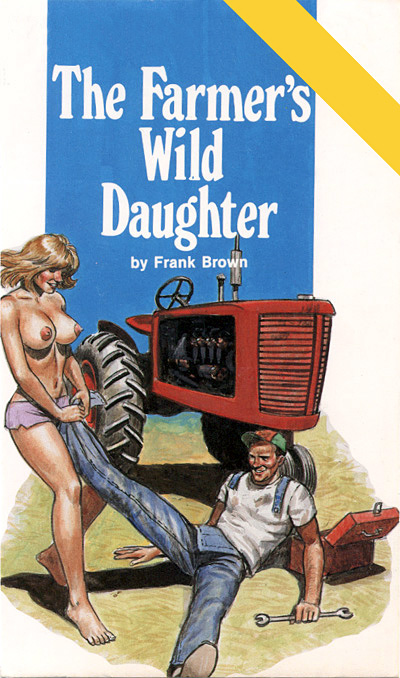 The first thing Cindy did after her parents disappeared down the long driveway in the pickup truck was to kick off her shoes and head off across the back pasture for a walk. The dust of the pick-up hadn't yet settled, and she could hear the truck turning out of the driveway onto the road far below in the valley.

Cindy wiggled her toes in the grass. It was mid-morning and sunny, but the pasture grass was still slightly damp with dew, and had a warm, sensual feel to it. Cindy rubbed her soles on the grass, enjoying the massaging sensations. Going barefoot was one of the pleasures of life, but one that her mother had strictly forbidden her. In fact, it seemed that anything that felt good at all, her mother had strictly forbidden.

Go to church, read your Bible, go to school, do your chores, lights out at eight o'clock, no bare feet, no long hair, no make-up, and no boyfriends – all were on her mother's list of commandments. If Cindy so much as glanced at a boy in church, her hawk-eyed mother would pinch her, leaving pinch marks on her arm or thigh that would sometimes last a week.

Cindy clenched her teeth. In a way, she hated her mother. Even though she kept telling herself she loved her mother as she was supposed to, Cindy knew that she also hated the woman.

But I'm free of her now, she thought. I might never see her again. And Cindy suddenly felt so giddy and free that she had to pee.

She looked back at the house a few hundred yards below in the grove of walnut trees, and she asked herself why she should walk all the way back to the house just to use the bathroom.

Her dad pissed outdoors. More than once she'd spotted him pissing behind the barn or out in the fields, and of course she'd turned away quickly, before she saw too much.

Her mother would be leaving from town on the noon bus and would not be returning to the farm. Her dad wouldn't get back until after noon. For a few hours, and for the first time in her life, she had the farm all to herself. She was all alone. She could take off all her clothes and rim around naked if she wanted to.

Cindy pulled off her pink blouse and pushed down her jeans. She unfastened her bra and let it drop. Her tits jiggled in the open air, her nipples licked by the sunshine. Her loins throbbed as she peeled off her panties and stood naked at last. She squatted where she stood, held her pussylips apart, and pissed on the grass.