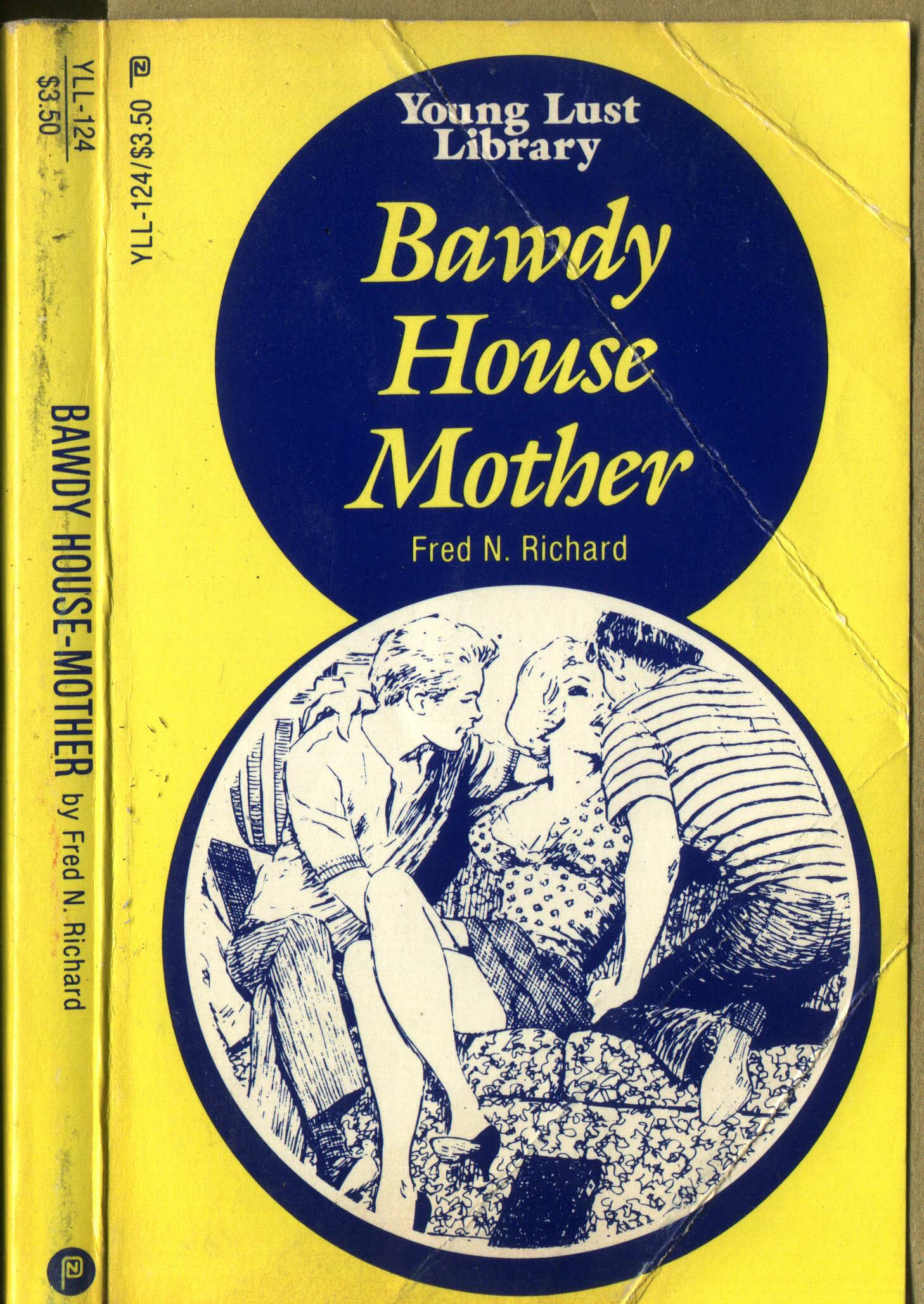 It was ten-thirty on a beautiful April morning when Conchi Thorne, the woman in Apartment 6-B, looked at her nude self in the bathroom mirror. She was preparing herself for Keith Broys who would come to her at eleven.

Her breasts showed fair and firm in the long mirror; coral tipped and slightly aquiver in their nudity. The taper of her waist flared gently into the span of her hips where the thick patch of brown curly hair made an almost perfect triangle on her belly. Her thighs, so exquisitely turned, gave way to dimpled knees and curving calf's, to slender ankles and well-molded feet.

Conchi was a pretty picture indeed. Light brown hair fell to her shoulders where its softness curled inward to frame dark brown eyes and sensual lips-lips that were pleasingly red without the aid of lipstick.

A birthmark, shaped like a small aspen leaf, marked the creamy skin on her left hip. And if that could be called a flaw it was the only one on Conchi's body.

Conchi leaned closer to the mirror as she examined the flesh on her cheeks. She could see that Keith's "medicine" was helping to keep them pink and fresh. Today she would have another of her special kind. She would never grow old as long as she could get the kind of tonic that Keith gave her.

No one seeing her now, so nude, so vibrant, so shameless, would ever guess that she was in fact fifty-an age when the mildew of frustration, worry, and regret keeps most women far away from sex.

When the self-inspection of her goodies was completed Conchi slipped into a filmy black net bra-and-pantie set. She topped the set with a black flowing gown that concealed nothing beneath it, for on these special mornings she wanted it that way.

In the living room of her superb apartment she pulled the drapes so the world outside could not be seen. After switching on the two lamps by the divan she pushed a tape into the stereo and the throaty chansons of a French singer breathed sound into the room.

Conchi hummed to herself as she unlocked the cabinet where she kept her special photos. There were twelve prints in all; each one a black-and-white enlargement of herself. They had been taken ten years before by a photographer who would remember the assignment until the day he died. She carried the photos to the glass-topped table in front of the divan and placed them there.