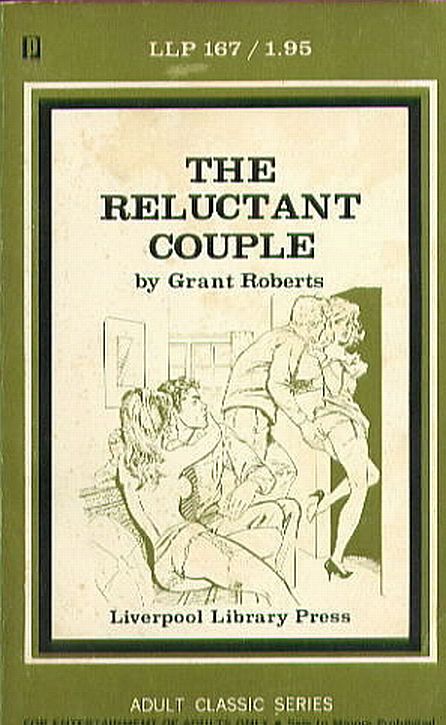 Standing at the kitchen sink in the small duplex she shared with her husband, Roger, Diane Slater stared gloomily out through the window at the cold, rolling fog which had come in over San Francisco's Richmond District from the ocean. Damn, but she hated the fog! It made everything so dark and cheerless, so lonely.

She finished washing the last of the breakfast dishes and put them in the rack to drip dry. Then she emptied the dishpan and wiped her hands on a dishtowel. In the living room, she fluffed the couch cushions and straightened the magazines on the coffee table and emptied the ashtrays — every day, prosaic chores, fraught with dullness.

She wished it were tomorrow, Saturday, and Roger were home. At least they could get out then, go for a ride down the coast to Monterey or across the Golden Gate Bridge into Marin County, anywhere just so long as they got out of The City for a few hours. But it wasn't Saturday, and Roger wasn't home. Roger was making neat columns of figures in his ledger books, or whatever it was Chief Accountants at Waller, Waller, Crist, and Maxwell did during, working hours.

Diane sat down in the big overstuffed armchair. It was cold in the front room, and she had gotten a small chill. Well, it was always cold in there. She'd asked Mr. Comstock, the landlord, to have the wall furnace checked for malfunction, and he had said he would see to it; but that had been two weeks ago, and no one had come around yet.

I don't know why we can't afford a better place than this, she thought. Roger makes good money, almost a thousand dollars a month, and we live like we're in the throes of poverty. Well, I'm tired of it. We've been married for two years now, and we have almost eleven thousand dollars saved. That ought to be enough for that split-level in San Bruno that Roger is always talking about buying, shouldn't it? At least for the down payment, and for new furniture and appliances and things like that?

But every time she broached the subject to him, he put her off. "We still don't have enough money saved," he told her. "I don't want to owe anybody anything when we make the move, Diane. I want to be free and clear and independent; I want to own everything outright. That's real security."