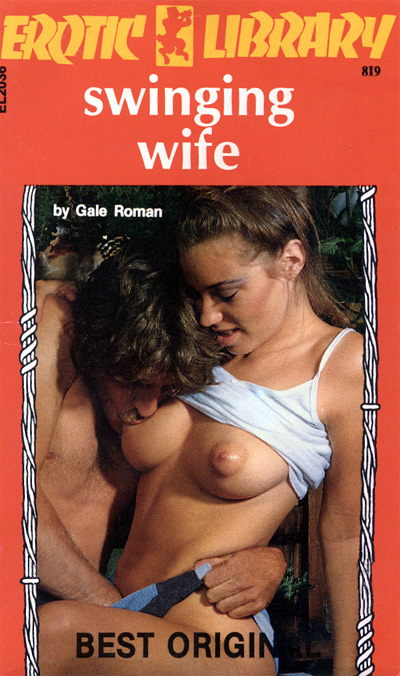 Sally Winters, watched her husband Bill, as he drove down the driveway of their split-level home in Spring Valley, New York.

Rather than feeling a sense of loss, she felt a curious elation. Now that he was gone for at least nine hours, (and hopefully more), she could relax and plan her day, not his. Just thinking about the sexual encounters that were most assuredly hers made her clit jump between her cuntlips at a rapid rate, matched only by the beating of her heart.

She strolled to the bathroom and surveyed herself in the mirror. Her eyes, which were green, were bright and sparkling. A little mascara, discreetly placed, would enhance them even more. Her skin, which resembled that of pure, rich cream, would suffice with a little powder. Her full lips, nicely formed and alluring even to herself, needed only a glistener to highlight their sensuality. Yes, there was no question about it. Sally Winters was a magnificent specimen of human femininity, and she knew it.

Unfortunately, the clod who had married her was so involved in making his way to the top in the advertising agency he had joined after college, he was not that keenly aware of his wife's desirability.

At first this had depressed Sally. Brought up in the belief that one was faithful to one's spouse, Sally had suffered the torment of the faithful. But once she had gotten her head together about her own needs, Sally suffered no longer. In fact, Sally was far from suffering. She was one of the most contented, happiest suburban housewives on the block, and her husband had had little or actually nothing at all to do with it.

Giving herself a self-satisfied smile, Sally turned away from the mirror and began to make the rest of her body more pleasing to her lovers. She began with a hot, steaming shower. Then, with the help of an expensive perfume, deodorant and feminine suppository, Sally felt ready to engage the world.

Powdering herself and slipping into a colorful, coal and simple cotton dress, Sally returned to the kitchen where she enjoyed her second cup of perked coffee.

It wasn't long before the doorbell rang. Raising herself automatically from the breakfast nook, Sally tilted her head into a queenly posture and prepared herself for her first encounter. It mattered little that the person on the other side knew that he or she was in for a sexual bout, as Sally was always highly successful with her seductions. If the person met with her own high standards, there was no doubt in her mind that in a short while they would be lying between her legs, panting and begging for more.

She opened the door with a flourish, to the somewhat startled expression of a young man in his late twenties.

"Oh, hi!" he blurted, reaching for his head, as though to tip an imaginary cap.