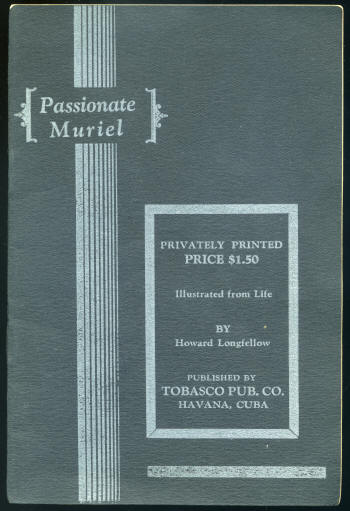 I met Betty in the hall one day and told her of my mountings passionate feelings; she told me to try and endure it until evening, as she was in the same lustful state, and wanted me as I her.

That day was an age to me, I tried to read, but all I could see was Betty in the nude before me. I went for a walk and succeeded in seeing a careless woman sitting on a porch with dresses raised and a clear veiw of her bare cunt, which sight made me feel worse.

At, last, evening came, and I on pretext of having a headache retired at nine o' clock. I was in my room but a short time when the dor opened softly and Betty slipped in locking it behind her.

She sprang into my frenzy arms and covered my face with kisses. I was in a mad frenzy of desire for her beautiful body and returned all of her hot caresses. I held her at arms length and carefully scrutinized her; she begged me to undress and setting example slipped out of her only garment, a dres.

I fairly tore the clothes from my my body and as the last piece fell to the floor she again came to my arms, led her to the bed and setting on it, covered her with kisses from her head to her sweet smelling, mossy bower of love. I drank there until she begged me not to make her lose her first emis1 sion in my mouth, as she was saving it do homage to my cock.

I heeded this entreaty and rising took my bursting engine in my hand and directed it between her open thighs to that haven of delight, where those ivory colored columns meet; she parted her thighs wide for my entry and in three hearty lunges I was incased to my swelled, spunk filled globes. As she felt my member dig deep into her, she gave a satisfied sigh and met everything I had to give. I fell forward on her body and with short quick jabs I soon had her flowing freely.

I could only stand a very small bit of this, but if it had lasted an hour it would have been all to short a time; at last with a very long lunge I buried myself and the pent-up flood of my abstinence gushed into her, to her immense delight and satisfaction.

I rolled off and lay panting beside her; she was also for the present helpless. At last recovering ourselves we washed and lay side by side in each other arms.

We did not to long remain idle, for as our mutual desires again called for satisfaction, I suggested a game of "Sixty-nine." She readily agreed, and as I lay on my back she put her beautiful legs over my head and tongue was soon lost in the tight folds of her passionate little cunt; meanwhile she had greedily sucked in my throbbing cock; as we reached our climax we rolled over on the bed to enjoy a few hours of restful sleep.

Our joys were many in the future. But the time of parting as it always does with all such amicable couples. Betty came to my room one day and after our usual round of pleasure she told me that she had received a proposal of marriage, a lawyer from another city whom she had met some time ago had asked her hand. I told her that if she cared for him, by all means marry him. She answered that she wanted only me, but she knew how impossible it would be for us to carry on the rest of our lives as we were now, and that there was always the possibility of children to wreck our lives.

I told her to use her own' judgement but if she decided to stay I would do all that I could for her.

I told her that if she thought she could learn to love this man, however, that it was a wonderful opportunity for her. She seemed to decide all of a sudden for she sat right down and wrote a letter of acceptance at once. The strange thing about it was that she sat on my lap with my hard cock in her cunt.

She afterward took delight in this unseemly act and explained that she was going to try to think of me everytime he touched her, try and make believe it is me and that they are my touches.