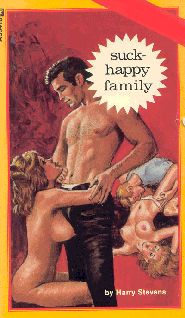 "I lost it," Janet choked, forcing herself to speak the truth. "Lost my cherry. The most precious thing I owned. I'll never be the saint girl that I used to be again."

Her uncle Ed had walked in without knocking as she dried the dinner dishes. Janet had almost dropped the plate she was wiping when he caught her by surprise.

There was no way Janet could admit to her uncle that he made her feel funny when he touched her like this. The boys at school didn't have this effect on her, but then she'd never been in this situation with any of them.