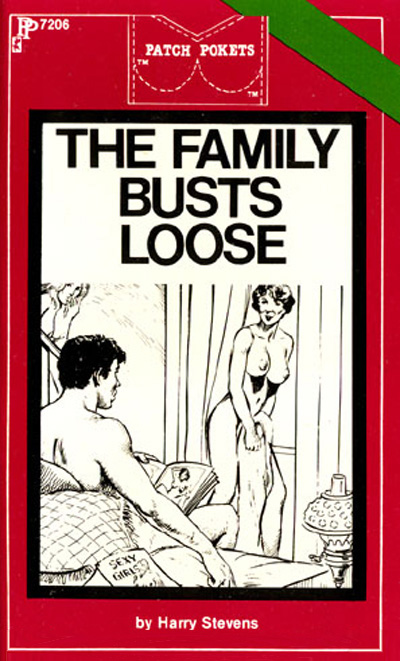 Her cunt was so hairy that a wispy trail grew up as far as her navel and into the crack of her ass. Hers was such a beautifully fuckable pussy and she knew it – which was just the problem. For, despite her teasing, sexy ways, Sue Jordan was still a virgin. God knew how she'd tried to lose her cherry. But the high school boys she dated just weren't up to going all the way. This one backed out because he didn't have a rubber; that one claimed the blow-job she'd given him had taken too much out of him. And Sue had started to wonder if there might be something wrong with her. Sue made a survey of other pussies, checking out the girls when they showered in gym. Their cunts were mostly wispy, not like her bushy triangle at all. In fact, the only pussy Sue had ever seen which resembled hers was her mother's.

Sue wished she could talk to her mom about their similar cunts. She would ask her mother if her pussy had been this hairy when she was a schoolgirl and if it had scared the boys. But, unfortunately, Sue didn't have that type of relationship with her mom. On the other hand, however, Sue had an excellent relationship with her dad. She naturally wondered if her father had been the guy who'd taken her mother's cherry. If only she could get the nerve to bring up the subject, he might even tell her. Indeed, Sue was thinking about this possibility now as her date dropped her off at her house and she saw that the lights were on inside, with her father's silhouette on the shade.

The boy's name was Tim. He'd seemed like a likely prospect, even if he was her own cousin and she had to date him on the sly. Sue had three girlfriends who claimed to have been fucked by him. But her own experience tonight made her suspect they'd lied.

They'd gone to a drive-in movie, lying about their ages to sneak into some X-rated flicks. The screen was constantly filled with hot shots of cocks and pussies, deep-throating blow-jobs, guys coming in girls' faces, and even some fucking in the ass. Perfect, Sue had thought!

Even in the relative darkness, Sue's eyes had popped out at the obvious size of her cousin's hard-on. If she'd had her way, she'd have sat right down on it then. She knew, though, what guys were like. Take it easy, girl, she'd cautioned herself. Get him in the mood before you ask him to fuck you.

"Bet you can't make me come at the same time that chick makes the guy in the movie shoot-off," Tim said.

"What if she does more than just jerk him off to make him come?" Sue had teased.

"Then you'll just have to keep up with her."

Sure enough, the actress had soon replaced her fingers with her mouth, turning the hand-job into a blow-job. Sue eagerly did the same with her cousin's prick. She might've still been a virgin but sucking cock was something at which she had considerable experience.