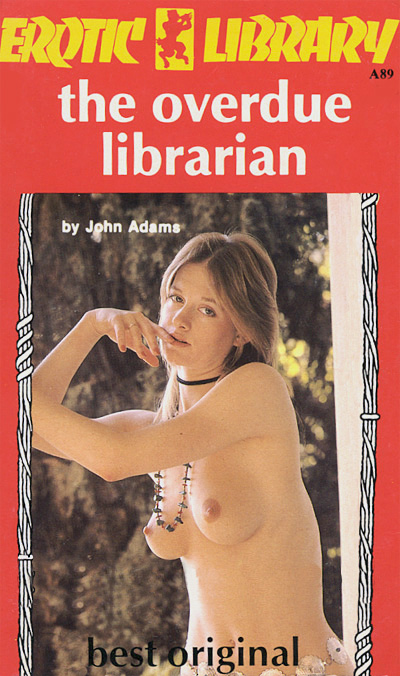 "She sure has got big tits!" one of the teens had whispered to his friends as Susan walked past their table.

Susan found herself more excited than angered by the crude remark she had overheard. As she sat down at her big desk in the front of the large reading room she felt her cunt begin to itch. It seemed to itch more and more lately. She pressed her lush thighs together in an effort to relieve the itching as her eyes nervously scanned the room.

Her job as head librarian of the only library in Weatherly, Ohio brought her into constant contact with many teens. She loved being near the teenage guys. She loved to stare at their firm bodies. But she also felt very uneasy about her uncontrollable desire to be near them. It didn't seem right. It was wicked to desire teens half her age, and she knew it. But she just couldn't help herself.

Her mind drifted, recalling the one and only time in her life she had fucked. Was it really ten years ago? Ten unfulfilled years since she had felt the sweet hardness of Brad's cock in her hungry snatch. She had believed him when he promised to marry her. She had let him fuck her, expecting it to be only the beginning. But it had been the end. His great professions of love vanished after he had gotten what he wanted from her. He had no further use for her.

The hurt was still with her after ten years. No man had touched her since. Whatever the reasons, she couldn't deny the tingling in her cunt when she thought about fucking them.

As she remembered Brad's wonderful cock and thought about fucking teens she began to feel hotter. She knew the heat enveloping her body couldn't be blamed entirely on the summer weather. It was a familiar heat to Susan. The same hot feeling she experienced when she fantasized about the teens many times before.

"Oh! Uh… It's over there. In that corner," Susan answered as she pointed out the section to the teen.