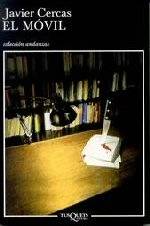 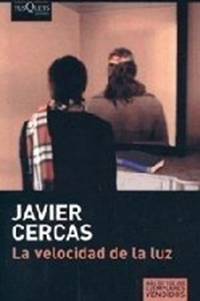 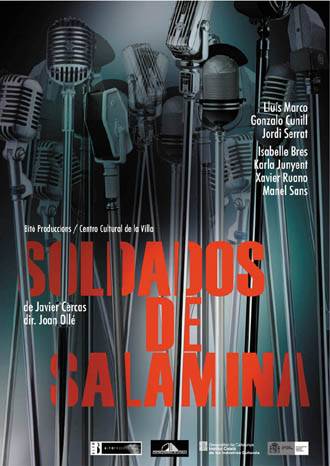 In the final moments of the Spanish Civil War, fifty prominent Nationalist prisoners are executed by firing squad. Among them is the writer and fascist Rafael Sanchez Mazas. As the guns fire, he escapes into the forest, and can hear a search party and their dogs hunting him down. The branches move and he finds himself looking into the eyes of a militiaman, and faces death for the second time that day. But the unknown soldier simply turns and walks away. Sanchez Mazas becomes a national hero and the soldier disappears into history. As Cercas sifts the evidence to establish what happened, he realises that the true hero may not be Sanchez Mazas at all, but the soldier who chose not to shoot him. Who was he? Why did he spare him? And might he still be alive?

'If you're seeking an example of commanding modern fiction that revisits the landmarks of modern history at the same time as it reveals their long aftermath in ordinary lives, you need look no further than Soldiers of Salamis. It is a novel that, with immense subtlety, humanity and wit, finds small mercies within the big picture of conflict and tragedy. . it does have an epic theme, and an epic sweep, but it achieves a touching and often comic intimacy as well. . Anne McLean's translation captures all the gravity and grace of a novel that crams a broad, rich canvas into a modest frame. Soldiers of Salamis is a study of memory and forgetting, of courage and delusion, as much as a straightforward narrative of wartime victors and victims. It is consistently moving, surprisingly funny, and utterly accessible. And it rewrites the headlines of history on behalf of all of us who will be remembered — if at all — only in the smallest of small print'

'It is understanding, intelligent, compassionate. It makes Hemingway'sFor Whom the Bell Tolls look like play-acting. . If you were required to read only one book about Spain and its civil war, this should be that book. It requires more than a single reading to value it truly, but that first single reading is marvellous. . this is a novel that will last, one of the few great books to have been made out of the madness of the mid-twentieth century. . written coolly, with wit and humour'

'Splendid. . Soldiers of Salamis redeems the epic genre much neglected in our time'

'Soldiers of Salamis offers a gentle and often moving reassertion that individual lives and actions matter most, however overwhelming the historical circumstances may seem'

'Words such as "haunting", "original", "profoundly humane" are used too lightly. But in regard to Javier Cercas' novel, yet more than fiction, they truly apply. This is a masterly parable of political violence, of suffering, but also, and decisively, of the strange logic of compassion and healing. To use another often exploited term: Soldiers of Salamis, humour and all, should become a classic'

'With irresistible directness and delicacy, Javier Cercas engages in a quick-witted, tender quest for truth and the possibility of reconciliation in history, in our everyday lives — which happens to be the theme of most great European fiction. He has a fascinating tale to tell, which happens (mostly) to be true. He has written a marvellous novel'

'His thematic conclusions are powerful and humane. . its moral core is smart and compelling'

'It lays bare the virtual impossibility of historical certainty, the whimsicality of fate, the unpredictability and unreliability of memory and the elusiveness of truth. . Cercas perfectly captures the uncanny ways in which a story evolves'