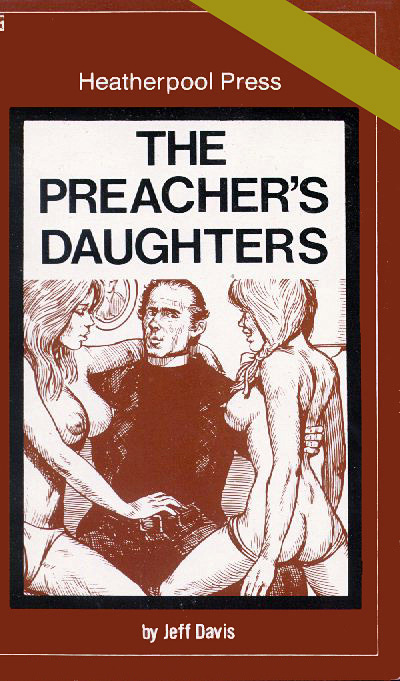 Louise pushed back against the insistent hand of her husband. He was urging her face down across his belly toward the rock-hard shaft of his cock. Her mind and her body rebelled against the demand he was making. It wasn't the first time that he had tried to coax her to perform the repulsive act.

"No, Martin!" she hissed. Her hand caught his wrist and pulled his hand away from, the back of her head.

He groaned disappointedly and let his hand drop to his side. Louise almost sighed. She lay rigid at his side for several minutes, both silent. Finally, she let her slim fingers creep across his hairy belly and circled the base of his still rigid shaft. Her fingers stroked the pulsing shaft, slowly, gently.

Martin remained still and quiet as her hand stirred him to the heat of lust. He was reluctant to surrender but her fingers were doing their work.

Her whispered words and the urging of her hand dissolved the last of his reluctance. He rolled toward her, his hand falling between her firm thighs, his fingers combing through the soft bush of curly hair. He probed between the fleshy lips and found her slit hot and wet. Her legs parted as she rolled onto her back. His fingers plunged into the slushy tunnel of her cunt, his palm pressing against the top of the crevice. Her hips began to work slowly.

"Mmmmm!" she moaned, her hand tugging feverishly at his cock.

Martin wasn't giving in that easy, despite his passion and desire. His probing finger slid from her cunt and sliced up between the slippery lips, finding the hard little knob of her clit. He stroked and teased it for a moment or two, enjoying the effect that it had on her.

Louise felt the strum of his finger on her love button and waves of heat shot through her. Her hips lifted and her legs opened wider. She panted through her parted lips, her tongue flicking across her dry mouth. Her last thread of inhibition seemed to melt away. Her body screamed for the blunt end of his cock pressing against the entrance of her cunt.

"Oh, please! Do it!" she rasped, her fingernails raking his skin as she pulled at his body.