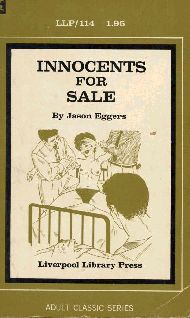 The hot Miami sun beat down on the terrace of the tiny, but adequate apartment of Candace Mead and the humidity was stifling which did not help to improve her already depressed, anxious mood. She sat out in the heat which hung over Coral Gables like a shroud and went over the events of the past week again and again. As hard as she tried, she couldn't quite grasp what had happened, she couldn't understand what it was that she had done or had not done to make Jim change his mind. Jim Shannon had been her boss for over two years and her lover for over the past year, and now it seemed that she would not only have to leave her job as his secretary, but she would no longer feel his arms around her, his lips kissing her and telling her how much he loved her. He used to joke that she was not only the best secretary he had ever had, but also the best mistress. She could hear the ring of his laugh as he teased her, making her blush so that she would have to leave his office so that no one would suspect their relationship.

She had gone to work for Jim right out of secretarial school and although she lacked office experience, he told her that he would train her. Train her, she laughed out loud, trying to fight back the tears that were building up in her eyes. He surely had, in more ways than one! She was green, innocent and full of good hopes in life when she left home and went to Miami to work. The cold New England winters had lost their magic and she wanted to make a clean break from family ties, traditions and make it on her own. Her parents had been apprehensive, but she was eighteen when she made the decision and they could no longer legally hold her. In just two short years so much had changed and now she wasn't sure that she would be able to cope with it. What had seemed so good, so right… after all, they were, or had been, in love, so that did make everything right, but what could she do now! He had told her that he thought she should see other people, get around more, carefully avoiding the real reason that he was just getting tired of her!

In the beginning he seemed entranced with her naivetй, her lack of worldly knowledge and he wanted to protect her. And he taken her on as a challenge, someone to mold and then throw out into the world to fend for herself. But, now she couldn't accept this explanation, she wouldn't let herself, even though she knew deep down inside that it was true. She felt as though the whole world was slowly dropping out from under her and finally the tears began to roll down her cheeks uncontrollably and she sobbed until her lungs hurt and she could hardly catch her breath.

The world was coming to an end!

The whole world that she had lived, breathed and hoped for during the past two years. She was deeply in love with him and just because he was changing, or had changed, did not alter the fact that she did not want to live without him. What would she have to look forward to… what phone call, the warm, marvelous voice on the other end telling her that she was the most beautiful girl in the world and that he had to have her right away! How she waited for those calls, ran to the phone, knowing that it was him and answering, "Hello darling. I'll be right there." She stared at the phone through the terrace door and it sat on the kitchen counter, black and ugly now, unmoving, not ringing and she had the urge to rip it out of the wall. What good was her phone if he wasn't going to call?

She had the awful premonition that this would be the longest week-end that she would spend in her whole life. Just yesterday he had called her into the office about four o'clock as he usually did to arrange where they would meet for a cocktail, only this time it was to tell her that he wouldn't be able to make it and that he would call her over the week-end… sometime. There was something that he wanted to discuss with her. He had seemed so formal, so austere and he didn't give her that affectionate pat on the behind when she turned to leave or the kiss on the cheek. She knew that this was going to be the end and she couldn't take it, she wanted to run, scream, cry, beg, do anything to make him come back, but she didn't, she walked back to her desk and just sat there wondering what she should do. She had seen the button on his phone light up and heard him dialing another number. She knew that she shouldn't pick up the receiver and listen, but she couldn't help herself, so she carefully lifted the receiver and heard him, her Jim, say, "Hello, darling. Sorry I didn't call earlier, but I had a problem to take care of and I wasn't sure what would happen, but can you meet me at the Wreck Bar about six?" She couldn't believe her ears and the lump in her throat grew bigger as she stifled back a sob. She cradled the phone, grabbed her things and ran out of the office, crying hysterically. She went straight home, barely missing several accidents because she couldn't see to drive through her tears, and threw herself on the bed and cried until her eyes burned.

Here it was the next morning and, if any thing, the world looked blacker. He hadn't called to say good-night, to tell her that he was thinking of her and she knew that he wouldn't. The sinking feeling in her stomach made her nauseous and she couldn't even force down the coffee and toast she had made more out of habit than out of desire for food. Yes, today would be a very empty day and as she sat on the terrace she reflected back to the first time he had asked her to go out for more than an informal boss-secretary luncheon.

She had been working for him for just about a year and he had said, "Come on, little one, I'll buy you lunch today… a long one. We've both been working too hard and we need a martini and some relaxation. Get your things, we won't be back to the office today!" Her heart had jumped and she couldn't believe what he had said. She had had a secret crush on him for the whole time she had worked for him, but dismissed it as the "first boss" infatuation, but here he was, actually asking her to spend an afternoon with him! She didn't want to get her hopes up, but maybe he had noticed that she was a woman other than a secretary. She knew that she wasn't a bad looking girl, in fact, rather pretty. Her light brown hair was streaked blond from the sun, her figure was certainly ample, her young breasts were full and firm, her thighs well-toned and the' rest of her legs were the envy of the other girls in the office. She looked like she was Spring's discovery, waiting to blossom into full womanhood and she had been hoping that someone like Jim would take notice.

Without hesitation she grabbed her belongings and told him that she would wait for him by the elevator at the end of the hall. In a few moments they were on their way to a quiet, secluded restaurant in South Miami. The room was dimly lit and there were banquettes and booths rather than the usual tables and she was aware that this particular place did have the reputation as a hideaway for married men and their girlfriends. Jim slid into the seat next to her and gave her hand an affectionate squeeze, saying, "Well, how's my best girl Friday on this lovely afternoon?"