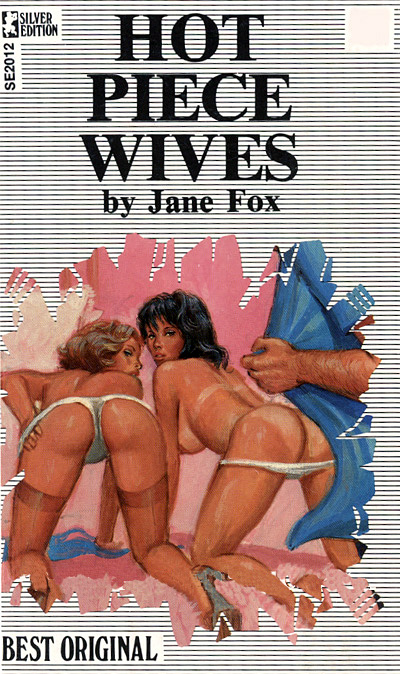 Stella was standing at the kitchen stove, thinking about her husband's long, thick cock when she felt his hands circle around her and squeeze her tits. "That's what I had in mind for breakfast," Hank chuckled, massaging the mounds of Stella's throbbing titties. "I can always stop for food on the road, but have to store up enough pussy to last me for a week, this time."

Stella giggled like a young girl. Even though she and Hank had been married for ten years, he hadn't lost the trick of setting her knees shaking and her cunt throbbing. Stella had a quick fuse when it came to her husband. All he had to do was touch her and her pussy got wet and hot.

"Are you sure we have time?" Stella giggled, glancing at the clock. She knew that they did, but it would mean that Hank would have to eat his breakfast on the run.

"I'd rather have pussy than breakfast," the trucker said, picking Stella up in his strong arms and heading for the bedroom.

Stella felt her pussy cream as Hank dropped her on the unmade bed. It was still mussed from their fucking the night before. Stella glanced at the rumpled bed and resisted the impulse to straighten it. She'd have plenty of time to make beds after Hank was gone. Right now she had to get enough cock to last her for a week.

"Mmmmmmm, you sure are hot," Hank gasped, reaching through the front of Stella's robe and pinching her nipples. "You sure are something honey. After ten years you're just, as hot as you were the night I married you."

Stella threw her arms around Hank's neck and clamped her lips to his. Her tongue poked between his lips and she groaned in lust.

Hank grabbed Stella's robe. He rolled her out of it and laughed at her startled expression. "I think I'd better bring you back a new robe," he teased. "The buttons on that one don't seem to hold anymore. Every time I look at you, something yummy is poking out at me."

Stella laughed. Her tits were always popping out of the thin robe. She liked it that way though. When Hank caught a glimpse of her lush body it never failed to make his cock hard. Stella took pride in the fact that she could still excite Hank. Most wives of ten years couldn't do that. Stella heard lots of complaints about the truckers who came into their restaurant. At least she wasn't dumpy and straight the way they complained their wives were.

"You're still the hottest piece of tail around, honey," Hank said, stroking Stella's rounded thighs. "And you've got the hottest pussy I've ever felt."