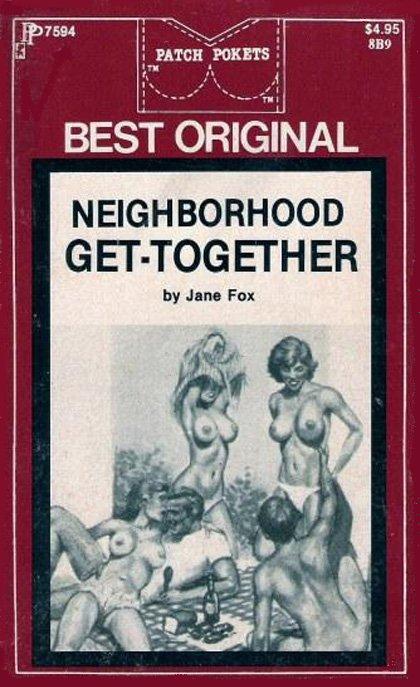 Marta Stevens stepped out of the shower and wrapped a towel around her high creamy tits. She wiped off the steamy mirror and took a long look at herself. Her face was flushed and her eyes were deep green and lusty. Her lips parted unconsciously and she felt her pussy begin to tingle again, just remembering the way that Larry Campbell had looked at her during rehearsal.

They had sat close together in the dark theater and all during the criticism she had showered on her high school actors, his leg had pressed insistently up against her soft thigh. She wondered if he had gone straight home. Perhaps light now, this very moment, he was fucking his pretty blonde wife.

She shook her head angrily. She had no business thinking like that. She was a married woman! Just because Todd was out of town for that ridiculous business meeting didn't mean that she should behave like a sex-starved animal, playing with her pussy this afternoon and feeling like doing it again right now.

She stalked angrily into the living room and turned on the television. Perhaps an old movie would take her mind off the bulge that she had noticed in Larry's pants as he had driven her home.

She settled down and lit a cigarette. The movie was about two lovers, snowbound in a small hotel. Her mind went back to the first time that she and Todd had fucked in a motel and the beat in her pussy grew with the memory.

She had been barely eighteen and it was her first night in Chicago. She had been flirting with Todd all night, even though he was at the college party with another girl. It was her first night away from home and she was feeling the effects of then wine she had drank. She was sure that she was all grown up now and ready for some of that sinful college living.

At first Todd had ignored her. She could tell that he thought she was too young to be playing adult pines. He hadn't really responded to her at all until she had gone boldly up to him and asked him to dance with her.

"You're coming on pretty strong, little girl," he said, fitting his long hard body to her soft, young curves. "Does your mother know you're out?"

Marta tossed her head and laughed huskily. "I'm not afraid to come on strong when I want something," she replied. The she snuggled right up to him and kissed the side of his neck; "And I think I want you."

"I don't think you quite know what you're getting into," he laughed. He held her a little tighter though, she noticed, and she could feel her nipples hardening up against his chest.