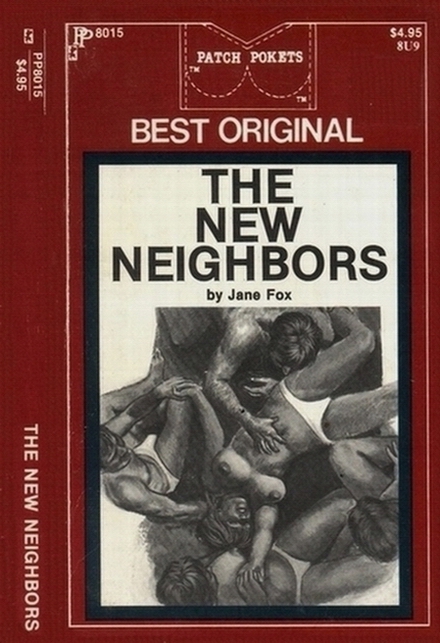 Tiffany Brown reached out and grabbed Richard's big, stiff cock. She forced a smile and opened her luscious red lips. Then she fucked her hot mouth down over his huge cockhead, licking and smacking in a frenzy, trying to forget that tomorrow was moving day and they were going to have to leave swinging New York forever.

Steve Brown gave his wife an encouraging pat on the ass. He had noticed her sadness. He knew just how she was feeling. It was kind of scary to leave all the new, wonderful friends they had found and move to the Midwest. They didn't even know if there were swingers clubs there. They only knew Steve's father had left them a nice little photography studio and an offer they couldn't afford to turn down. Even on his deathbed, Steve's dad had managed to nudge Steve and Tiffany toward the straight, proper life. He had left them the studio if – and it was a big – if they worked in it for a full year.

Steve gazed around at their friends in mounting disappointment. There was Lisa with her fabulous tits and Glen, her rock-musician husband. Richard and Cathy were both artists, working mostly on plastic nudes, and Sara, the go-go dancer with her newest college dropout boy-friend. On the whole it was a good crew and every one of them knew how to have fun. Steve's erect cock quivered when he thought of burying his prick in any of the tight, hot pussies the women were so eagerly showing. God, it would be hard to leave.

Suddenly he felt fingers on his rippling nutsacs. They twirled and circled gently, tickling and enticing. Then they rode higher and whipped around the ring of his tight asshole, peeking quickly in and then out again before he had time to protest. He reached under his legs and caught a slim, tanned arm. He'd recognize those fingers anywhere; it was Cathy and he could hardly wait.

"Aaaaagh!" Tiffany squealed. Richard was licking the inside of her thigh and he was headed straight up to her moist crotch.

She looked across at Steve. His face was a picture of bliss. His hard cock was buried snugly in Cathy's mouth and she was making lewd sucking and smacking noises.

Steve somehow knew that Tiffany was staring at him. He looked over at her, not two feet away and their glances met and locked. Each knew what the other was thinking. They didn't want to leave.

Then, suddenly, Tiffany gave Steve a radiant smile. It was as if she was saying, "Buck up, Stevie. It's all cut and dried. We've got to leave tomorrow, but let's not let it spoil tonight."

Steve caught her meaning. He winked, then his tongue flicked out and probed at Cathy's moist, pink pussy.

"Oh, shit!" Connie Hansen sputtered. She was trying to zip up the front of her summer pants. She struggled a moment longer and then threw the offending pants on the floor with another groan of disappointment.