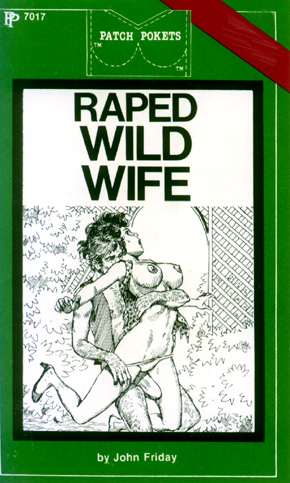 Grant Dunlap worked the four-to-midnight shift, but as usual, he'd gone in early, leaving his wife alone and restless in the middle of the afternoon. Veronica paced back and forth in the kitchen of their modest tract home, fuming with rage and frustration. He hadn't fucked her in almost a month.

Everyone said Grant was a good cop. One of the best! His personnel folder was full of commendations for the tough cases he'd cracked, for bravery under fire, for being wounded twice in the line of duty and still getting the job done.

"Yeah, you're one hell of a good cop," Veronica said aloud. "But as a husband, you're a worthless piece of shit!"

The rattle of a lawnmower in their backyard accented her feeling of agitation. It criss-crossed the small patch of lawn as she paced the kitchen floor, left to right and back again. At least Billy Chapman accomplished something in his travels, cutting the grass that Grant hadn't had time for since winning a promotion to the Detective Division six months ago. He was so happy to be working in plainclothes at last.

"Big deal!" Veronica snarled to the empty room. "I like you best with no clothes at all!" But Grant had no more time for her than he did the lawn.

Last night, when Grant came off his shift, Veronica practically begged him to fuck her. She wore that pale blue baby-doll nightgown that he used to love. The lacy fringe barely covered her rich, dark spread of pussy hair.

She poured him a beer, and she stroked his cock while he drank it down. But nothing happened. Nothing at all! He pushed her hand away from his prick and said: "Get me another beer."

"What's the matter?" she moaned.

"You don't know, do you?" Grant bolted upright in his chair, every muscle in his body tense and hard except the one in his cock. "I'm on the Vice Squad, remember? I picked up three whores during my shift. The oldest girl was just a kid. One had her front teeth knocked out. The second one had cigarette burns on a pussy barely old enough to grow hair. And the third one took a flying leap out of a fourth floor window rather than let some old bastard ram his fist up her ass. His fist, damn it. His whole fucking fist! She was blonde, she was naked, and I think once she was very pretty. But it's hard to tell when you scrape the pieces off the sidewalk and pour them into a rubber bag."

Veronica felt her gut wrench. "That's not my fault! Damn it, I didn't want you to be a cop in the first place. My father will give you a job tomorrow that pays more."