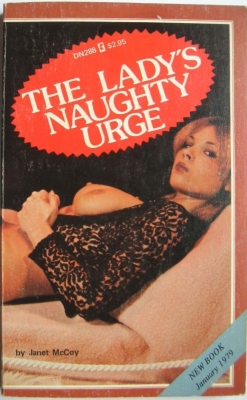 "Ohhhh, Billy! Oh Billy! Ooooohhh! Mmmmmm! Wait, I don't know if we should do this!"

"Come on, Ellen! It'll feel good! You know it will! Ten times better than it feels already!"

The boy had the girl's skirt around her waist. Her panties lay in a forgotten heap on the floor in front of the couch where they were writhing so fiercely. He had pulled his cock out of his faded jeans and was prodding it against her smooth belly. His fingers were sliding in and out of her wet pussy. She moaned and squirmed excitedly. The boy hesitated before making his final assault. From the vigor with which he was fingerfucking the young blonde, it appeared he wanted to make good and be sure she would not try to stop him when he finally stabbed her cunt with his hard cock. His two fingers already glowed with her juices each time they found daylight. There was no doubt the girl was physically ready to be taken. Only her conscience stood in the way… and by the way she was howling and wiggling, it seemed her conscience was already on its knees.

Joan Carter stood on the veranda of the rambling country house that she had just rented for the summer. She stared dumbstruck through the wide front window, taking care to keep her body hidden. She did not want to cast a shadow that might disturb the two groping youngsters.

When the man, at the real estate office, had told her that upon her arrival to the island two young people had gone to her house that morning to get things ready for her, she had been delighted. She had not expected this kind of a reception.

She had not expected to find a boy and girl entwined in reckless lovemaking on the couch that was to be her couch for the summer!

Joan was a voluptuous brunette of twenty-nine with a healthy sensuality. It had been more than a half-year since her husband had abandoned her for another woman. She had steered clear of relationships with men ever since. She was too afraid of being hurt again. The wounds were too fresh.

The irony was that Joan had not even thought she missed making love. She gave herself an orgasm once every two or three weeks, but otherwise, she almost forgot she was a sexual woman.

The episode taking place in the living room of her rented country house was fast reminding her just what a sexual woman she was.