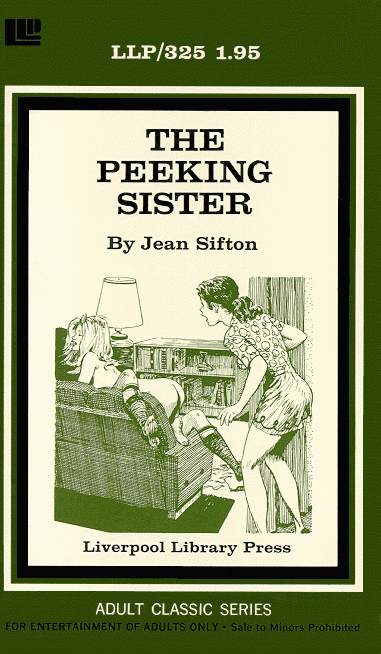 Driving home through the hot hazy July afternoon, raven-haired June Wright felt a returning wave of nausea sweep over her and was forced to pull over to the side of the road to rest for a moment. As she sat there alone in the peace and quiet of the gently rolling Maryland farmlands, breathing in the familiar scents of sun-baked fields and dry hay mixed with the heavy sweet aroma of honeysuckle that grew wild along both sides of the narrow winding country road, she reassured herself for the hundredth time that day that she wasn't pregnant.

It just wasn't possible… even if old Mr. Chisolm, the owner of the Chisolm Realty Company where both she and Cliff Farrow worked, obviously thought it was. There had been a knowing leer in the old man's eyes when she told him she wasn't feeling well and asked for the rest of the day off. He'd wanted to know when she and Cliff were going to "set the date" and had clucked disapprovingly when she replied vaguely, "Oh sometime in the fall…"

There wasn't any hurry or reason to worry, and she was acting like a silly nincompoop, she told herself severely. After she had decided to let Cliff sleep with her… and it had been a deliberate decision on her part because she considered herself a modern woman, and, after all, they were officially engaged… she had consulted a doctor and had been on the pills for over two weeks before she actually let IT happen. The first time, just as an extra precaution, she had made him put on one of those rubber things, pretending that her surrender was spontaneous and that she wasn't prepared. A few days later her period had come on schedule and, from then on, she had religiously taken the pill each morning, marking off the day with an X on the calendar. She hadn't missed one, of that she was absolutely certain. It wasn't for nothing that Mr. Chisolm praised her as being the most efficient secretary he had ever had.

No, June decided, it must be something she had eaten or some bug in the air. Even if for some strange reason the pills didn't work for her, the chances that she was pregnant were almost nil. She had only let Cliff make love to her two more times since he had taken her virginity, claiming that she was still too sore. Actually, she wasn't sore at all. It hadn't hurt much, even the first time…

In fact, she had hardly felt anything at all. The whole thing seemed more like a bore and a waste of time than anything else and she resented having to put on a big act about how thrilled and excited she was. Cliff was hurt and angry if she didn't… He accused her of being cold and unresponsive and of not enjoying his body. Well, he had a very nice strong healthy body as she was well aware, but, up till then at least, she hadn't enjoyed it as much as he seemed to.

With a sigh June pulled her little Volkswagen Beetle back onto the deserted road and continued her way home. There were plenty of women like her, she knew, for whom sex was never a very large factor in life, and she had accepted the fact that she was like that ever since her first necking experienced as a senior in high school six years before. The boys then had considered her cold, but they had kept coming back for more because she was… "built"… as they said.