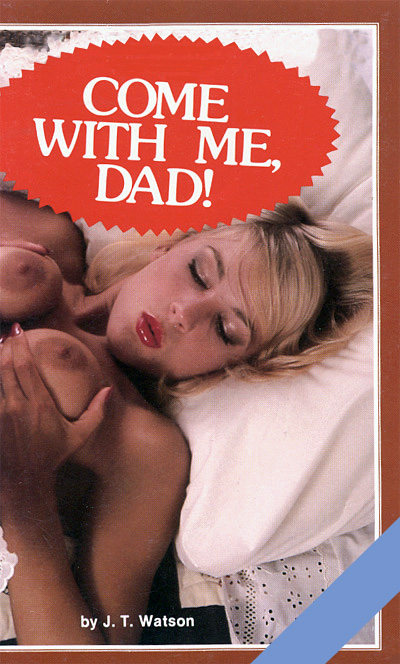 Come with me, dad!

Come with me, dad!

Melody Johnson was already bored. She was sure that living with her father was going to be a real bore. Her father lived in a small town, so small that people made jokes about pulling the sidewalks in when it got dark. Melody was a big-city girl. And she had already learned more about life than a lot of older women.

On the ride out from the airport, her father was doing his best to make things easier on her. She appreciated that, but she couldn't help but feel some resentment toward him. It had been ten years since she'd seen him last.

The most amusing thing so far was the way he kept glancing at her. He was trying not to be obvious, but she knew where he was looking. She was very well developed for a teenager. Her father wouldn't be the first man to get the hots over the way her big, melon shaped tits filled her sweater. She also knew how to wear clothes that would cling just right to her ripened figure. Her mother had taught her that. At least her mother had taught her something before she kicked her out of the house forever.

Melody shook her head and her long auburn hair bounced wildly. It wasn't fair. She didn't want to come live with her father. It wasn't her fault if one of her mother's boyfriends found her attractive and put his hand on her ass.

It wasn't like she had encouraged it or anything.

She had never gone very far with sex. She had allowed her tits to be touched a couple of times, and she enjoyed kissing. But that was it with her. A boy would have to go to some other girl if he wanted more than that.

Of course, it might not have been that way for long. She had been noticing a sudden interest in sex inside herself. Her boyfriend, Bob, was one handsome stud, and she might have given into him before long. In fact, she was sure she would have given into him if her mother had not packed her away to live with her father.

"Would you like to get something to eat, honey?" her father asked.

"A hamburger would be nice," Melody said.

"There's a little roadside place up the block here," he said.