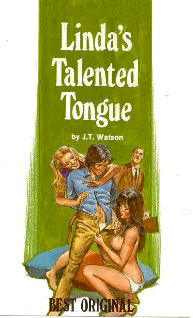 The girl was young, no more than eighteen, with honey-blonde hair and abundant tits. Tanner surveyed her with the critical eye of a man who knew pussy.

He didn't feel like she'd be too good. Probably dumb in bed and he'd have to tell her everything. Tanner sighed. Well, at least she was different and he was in the mood for something different.

He pulled his patrol car to the curb and got out. The girl's eyes went wide when she saw his uniform and the big gun strapped to his wrist.

"Get in the car, girlie," he ordered.

"But I'm waiting on the bus," the girl protested. Tanner jerked her suitcase from her hand and dropped it into the back seat of his patrol car.

"Get into the car," he said. "I don't have all day. You think picking up runaway teenagers is all I have to do?"

The girl looked downcast as she realized that he knew she was running away, Her shoulders drooping, she did as she was told. As she slid into the car, Tanner caught a glimpse of white thigh as her short skirt slid up.

She pulled it down quickly when she saw Tanner grinning at her.

Tanner got into the driver's seat and started his engine. He drove the squad car slowly out of town. He found the place he was looking for and drove into the shadow of some frees, out of sight of the road.